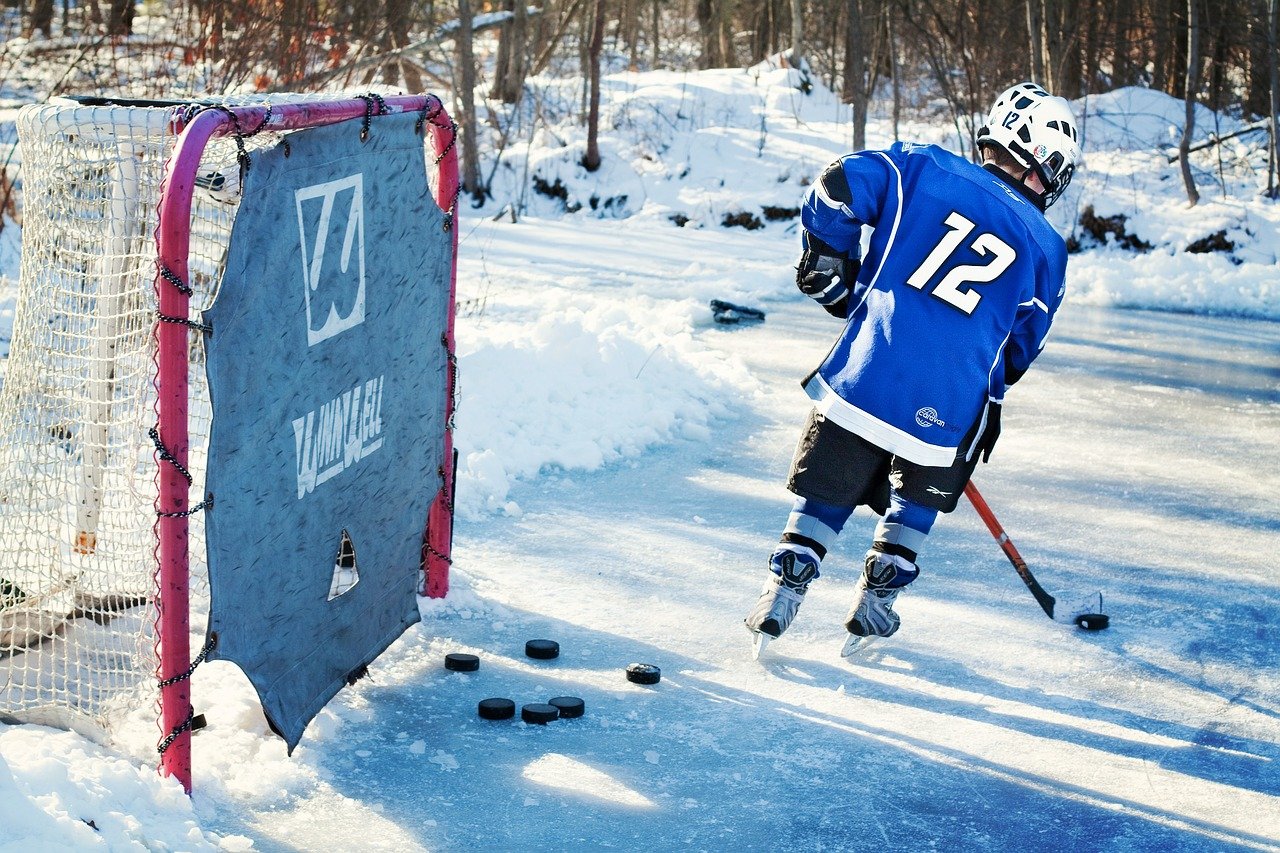 You may not notice it just by looking at them, but hockey jerseys have evolved over the years just like most other articles of ice hockey equipment. The materials now used to make the jerseys or sweaters are much lighter in weight and more breathable these days.

When ice hockey was played outdoors, jerseys were made to keep players warm but they’re now specifically designed to keep them cool, dry, and comfortable while playing. Since most jerseys are made out of a combination of double-knit polyester, spandex, and other types of lightweight synthetic fibers, players typically don’t overheat while wearing them.

Hockey Jerseys were usually made out of wool or similar materials when the game was originally played outdoors and in ice-cold rinks in the early days of the sport. Players had to keep warm and since they wore minimal equipment back then it was essential that jerseys were thicker and were commonly known as sweaters.

With most hockey rinks now being heated and players wearing more equipment, the garments are much lighter and breathable. They’re designed for comfort as they help wick away moisture to keep players dry and cool.

The National Hockey League (NHL) and many other pro leagues play in heated stadiums with up to 20,000 fans in attendance. Television lights also add to the warmth of the rink and that’s why jerseys are now constructed from tough, lightweight materials such as polyester as it enables better airflow.

There are several well-known sporting-goods companies across the world that manufacture hockey jerseys and the NHL sells official, authentic jerseys through its own website.

Starting in 2007, NHL jerseys were designed to dissipate heat, be less water absorbent and more flexible and streamlined than in previous years. They were also designed with larger sleeves to enable players to exhibit greater maneuverability on the ice with fewer restrictions.

However, many players complained that the jerseys trapped moisture and sweat rather than wicking it, and the design and construction of the jerseys was altered in 2008.

The NHL signed a seven-year deal with the Adidas sporting goods company to manufacture the league’s jerseys and uniforms starting in 2017/18. Before that, the jerseys were manufactured and supplied by the Reebok company. The Adidas Adizero jerseys are advertised as being stronger, lighter, and cooler than their Reebok predecessors.

According to the NHL, the authentic Adizero jerseys feature a crest that is 46 percent lighter than the previous model and the weight of the numbers is 60 percent lighter. In addition, the overall jersey is 19 percent lighter and much stronger.

The current jerseys are designed for enhanced performance and maximum airflow due to the moisture-management technology and streamlined fit. All retail Adidas Adizero jerseys are manufactured in Indonesia while the on-ice models worn by players are made in Canada.

The NHL experimented with lighter materials for jerseys in the 1970s and many hockey garments were made with a thin mesh-type polyester which was designed with hundreds of tiny holes in them for breathability. These lighter, pre-shrunk, durable jerseys can still be found and are often used by pro teams as practice jerseys.

Most pro hockey teams sell replica and vintage jerseys to fans which are made of the same materials as the original team jerseys. Since these jerseys are meant to keep players cool most fans need to wear an undershirt under the garment when wearing it outside.

However, you’ll find that most pro teams also sell a wide variety of jerseys, sweaters, shirts, and other items of clothing and memorabilia to fans as a way to market and promote their club. Some of these fashion items are specifically designed to keep them warm and are still made of wool and other types of similar materials. This enables fans to wear the jerseys outdoors and in other types of cooler settings.

Authentic replica fan jerseys, shirts, and sweaters are often officially licensed by the NHL and come in various colors, styles, and sizes and are meant to be worn as fashion items rather than to be worn while playing hockey. Fans can usually customize a jersey by having any number and name embroidered on the back of it.

Fans should be aware that some sellers may advertise their hockey jerseys as being authentic, officially-licensed products but the may, in fact, be less-expensive imitations.

Since most hockey players wear some type of undershirt or garment to help wick away moisture from their skin as well as their equipment they need jerseys that are light, cool, and breathable.

See also  Are NHL / Hockey Rinks The Same Size?
in the future.