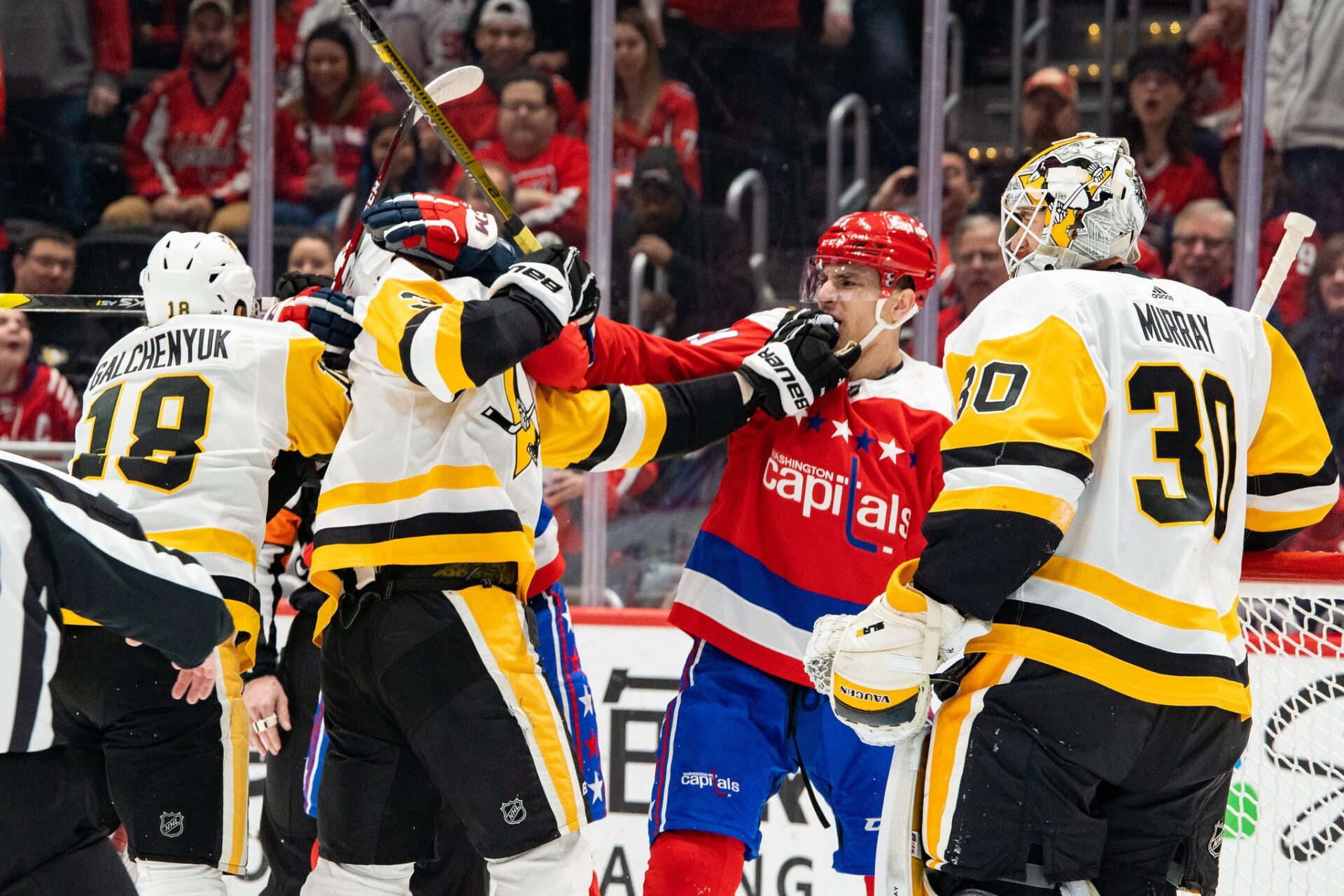 With pucks, hockey sticks and elbows flying around the ice during NHL games it’s no wonder players sometimes lose their teeth during the heat of action. But since full-face shields aren’t allowed by the league the only way to help protect their pearly whites is by wearing a mouthguard.

NHL players are currently not required to wear a mouthguard as the collective bargaining agreement between the league and the players’ association lets each individual make his own decision. However, players are required to wear a helmet and those who joined the league after 2013/14 also have to wear a visor to protect their eyes. Mouthguards are mandatory in children’s leagues around the world as well as many adult leagues.

Mouthguards for hockey players were invented back in the 1950s by a Canadian dentist named Arthur Wood and although they’re not mandated by the NHL it’s estimated that up to 90 per cent of players wear one.

Most mouthguards are made of ethylene vinyl acetate (EVA) which is a rubber-type elastomer polymer material.

Each NHL team has its own custom mouthguards manufactured at a local dental laboratory with each mouthguard being molded specifically for the individual player.

Mouthguards help keep players from smashing their teeth together, cutting their lips, biting their tongues, fracturing jaws and chipping or losing teeth due to collisions or being struck in the mouth by the puck and sticks. However, players may still lose teeth when wearing a mouthguard if they’re struck directly in the face.

Mouthguards haven’t been scientifically proven to prevent concussions either but wearing one certainly doesn’t increase the chances of concussion.

Many players wear brightly colored mouthguards so they’re easy to spot on the ice if they fall out of their mouth.

Ideally, a mouthguard should be three millimeters thick so it can absorb, cushion and properly distribute the shock when being struck directly in the mouth.

There are several types of mouthguards available for hockey players but some are far more effective than others.

A custom-made mouthguard is the best and the type worn by just about every NHL player who wears the piece of protective equipment. These mouthguards are molded to the shape of a player’s teeth by an oral professional for a perfect fit as well as comfort.

Since the mouthguard fits the teeth perfectly it makes it easy to breathe and speak while wearing it. Custom mouthguards can also be adapted to braces and orthodontic appliances.

The benefit of these custom mouthguards – although more expensive and costly to get fitted – is that they are much less likely to fall out accidentally or hinder a player’s ability to concentrate on the game.

2. One Size Fits All

These ready-to-use mouthguards come in one specific size. This means you purchase the item and just place it in your mouth when playing. But since it isn’t molded to your teeth you may have to clench them to keep the mouthguard in place.

See also  How to Impress at a Hockey Tryout? (& Get Noticed)

These mouthguards are often bulky and can make it difficult to speak and breathe while wearing one. In addition, they don’t provide a great deal of protection.

The boil and bite type of mouthguard is basically molded to fit your mouth and teeth. You need to soften the thermoplastic device in boiling water and then place it in your mouth while it’s soft and bite down on it. The material will then mold to the shape of your teeth.

These mouthguards are generally considered to offer better protection than the one-size-fits-all models but aren’t quite as good as custom-made options. They may also eventually lose their shape after a while.

A protective mouthguard can gather bacteria and this could lead to an infection in the mouth. It’s recommended that players keep their mouthguards in a sturdy, perforated protective case that provides airflow.

Mouthguards should be thoroughly cleaned with cold water, mouthwash or toothpaste and a brush after each use for health and safety reasons. They can also be cleaned with soap and water, hydrogen peroxide and specific mouthguard cleaners.

They should also be replaced when they start to wear out or if they become uncomfortable and be aware that mouthguards can lose their shape if exposed to extreme heat.

Each NHL team has its own dental surgeon to take care of mouth and teeth injuries but their services aren’t free. With the majority of players already wearing a mouthguard it’s quite possible that the league will make it a mandatory piece of equipment in the future.

See also  What Is a Fight Strap on a Hockey Jersey? Tie-Downs

Hockey has lots of inherent risks, but it can be safely played. Read all about the dangers and how to prepare over on my guide: How Safe Is Hockey?