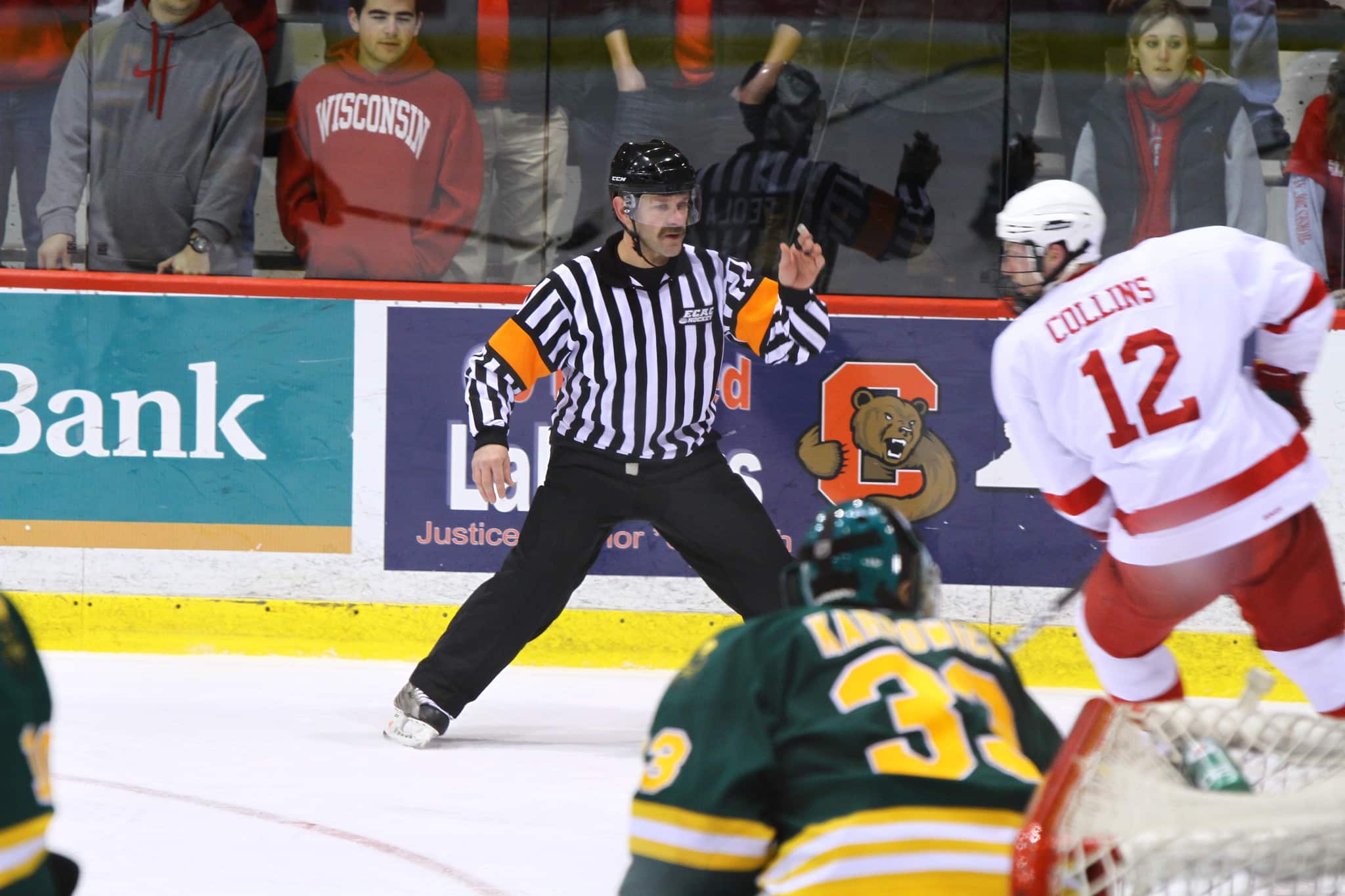 Watched your fair share of NHL games and wondered if the referees are full-time or do they have other jobs on the side? So let’s get straight to the answer.

Yes that’s right NHL referees are full time employees of the National Hockey League and are members of the NHL Officials Association. According to the NHLOA, there are currently 34 full-time referees and 34 full-time linesman for NHL games along with an additional 10 minor league referees and 10 minor league linesman who are full time but will split games between the AHL or American Hockey League and the NHL when needed.

There are so many people and things that go into making the NHL work and run the way we see it today. The players are clearly the stars of the show and for good reason, these are elite athletes who have dedicated their lives to the game and are the best of the best. After that, a fan may look at the coaches on the bench in charge of game planning, getting the players ready, and deciding who we see on the ice and when.

However, people often overlook the referees of the NHL… that is, until they make a mistake. We love an enemy or villain type character and refs in any sport are easy to pick on and root against. With that in mind, one has to wonder, why would anyone want to be an NHL referee?

How Much Are They Paid?

Being a full-time employee means these refs are on a salary and they may make more then you think. According to a NHL referee job description page listed online to Reddit and reposted by the dailyhive, NHL officials can make anywhere between $193,000 to $224,569 a year!

For a job that does not require any college education that is an extremely good chunk of change. What one must remember however is that being a NHL referee is just as hard as being a NHL player, maybe statistically even harder.

It’s Harder Than Becoming a Player

88 total officials between the referees and linesman belong to the NHLOA, that is an extremely small number of jobs available.

These referees also can ref for a long time if they stay in shape meaning these jobs are not turning over very often, so I would not go quitting your day job after hearing the salary of an NHL referee.

If this is a route that you wanted to go down, how would you go about that is probably your next question. According to that same job description referenced before, the requirements are pretty well defined.

Meeting these requirements are needed to even get a look by the NHLOA and does not by any means guarantee you a job.

These requirements include a high school diploma or equivalent, five years of officiating junior and/or minor league professional ice hockey, a willingness to travel both nationally and internationally, and you are required to live within a hour of an NHL city.

The Refs Path to Full-Time Employment

The officials path to the NHL is very similar to the path of an NHL player in that sense.

The normal players route would be house league/recreation then youth travel hockey then junior hockey either with the intention of going to college after unless you play major junior in Canada which means you can not play in college as you are paid and thereby no longer an amateur athlete, then minor pro, then hopefully the NHL.

See also  When Can You Kick The Puck? Disallowed Goals

The typical path to becoming a weekend ref to a full-time ref.

An official must do the same thing, when you get your officials license, you will start with youth games and have to work your way up to junior and professional through years of evaluations and certifications.

Being an NHL official is also a highly physical job and requires these refs to be in great mental and physical shape.

These NHL players are in such elite shape and the refs have to be able to keep up with them for the entire game.

While an NHL player may only have to play between 10 to 20 minutes throughout an entire game, the officials must skate the entire time.

High speeds for a long time is not a good combo for an out of shape official, which is why you rarely see them.

How It Takes It Toll

Other responsibilities of these refs include breaking up fights and skirmishes between very strong men, they put their bodies on the line in situations like that.

Mentally, travel and being yelled at by fans, players, and coaches night in and night out can also be very tough and tiring.

An official must be able to take this abuse on the chin and move on. Continuing to do their job to the best of their ability.

The life of a full time NHL referee can be very nice regardless of these stresses. They are apart of the greatest game on Earth and get paid very handsomely to make sure that the rules of the game are upheld game in and game out.

The NHL would not exist without them, so take it easy!