Can Hockey End In a Tie? The Brutal Truth 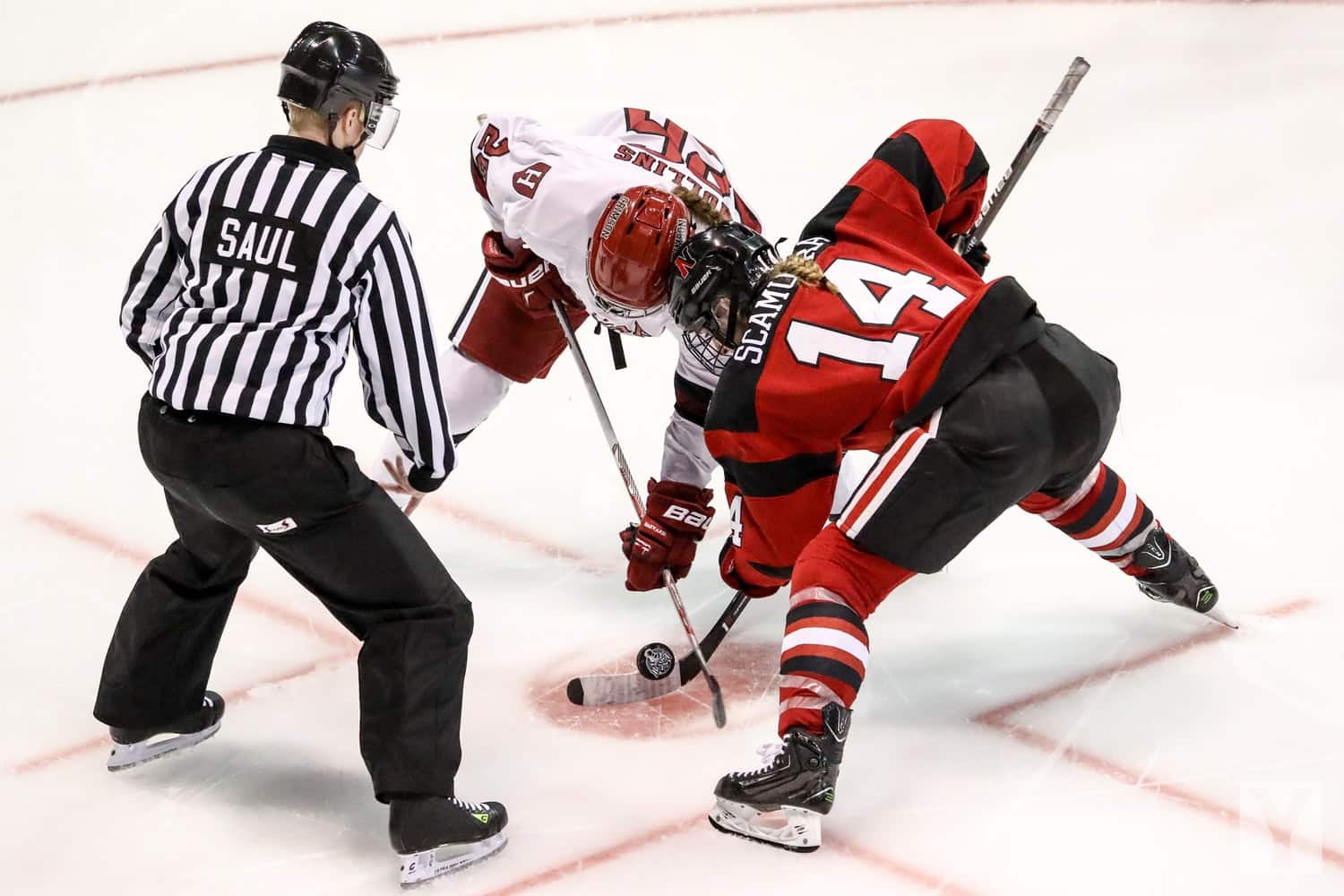 What’s the most exciting play in hockey? Most fans will tell you it’s the one on one with a lone skater facing the goaltender on a breakaway or penalty shot with three-on-three overtime being a close runner up. Thanks to ice hockey’s current rules regarding tie games, fans are now able to witness more penalty shots and overtime sessions than ever before. So is it true – hockey can no longer end in a tie?

Hockey games no longer end in a tie. The NHL and most other pro hockey leagues use an overtime and penalty shootout system to determine the winner between two team. In the NHL a five minute sudden-death overtime period of three players per team is used to settle the score in the event of a tie after 60 minutes of regulation time. If nobody scores during overtime the game is then decided by a penalty shootout.

This involves three players from each team facing the opposing goaltender via a penalty shot situation from center ice.

If the score is still level after three shots the shootout then becomes sudden-death with each ensuing shooter until a winner is declared.

In the grand scheme of things this a a relatively new scenario for the NHL. The league was formed back in 1917 and tie games were allowed and quite common for many years starting in 1942. Prior to that a 10-minute overtime system was used to used to help find a winner in tie games.

The league then introduced its five-minute sudden-death overtime system in 1983/84 as a way to help eliminate tie games with each team playing at full strength five-on-five. At this point in history though a game could still end in a tie if nobody scored in the extra session and each team would receive a point.

Remove a Player from Each Team

In 1999/2000 the NHL altered the overtime rule by allowing each team to ice just four skaters and a goaltender during play. In addition, teams that won games in overtime were now awarded two points in the standings while losers were awarded a single point. If the game ended level then both clubs still earned a point.

Tie games were effectively eliminated from the NHL when the penalty shootout was introduced in the 2005/06 season with the winner being awarded two points and the loser one point. The team which loses in overtime or the shootout has their result recorded as an overtime loss (OTL) in the standings.

The overtime rules were changed again in 2015/16 when the NHL decided the five-minute session would be decided with just three players and a goaltender on the ice for each team. The reason for this change is due to the chances of scoring being significantly higher with just three skaters per side as there is more room to maneuver and create scoring chances.

The NHL attempts to reward teams for winning games in regulation time however since regulation victories are used as the first tie-breaking rule should two or more teams be level on points at the end of the regular 82-game season.

This could ultimately decide which club makes the playoffs and which team misses the postseason.

Overtime in the NHL Playoffs?

Even though overtime wasn’t introduced to regular-season play until 1983, the NHL had utilized overtime in the playoffs for many previous decades. Perhaps oddly, the overtime rules for playoff games are different than the regular season since five players and a goaltender are used by both teams.

Also, the teams play 20-minute periods in the sudden-death format. The game isn’t over until somebody scores since there are no shootouts in the postseason.

The longest game in NHL history was played on March 25th, 1936 when the Detroit Red Wings defeated the Montreal Maroons 1-0.

The winning goal was scored by Mud Bruneteau at the 16 minute and 30-second mark of the sixth overtime period, meaning the teams played a total of 176 minutes and 30 seconds of hockey that night to determine a winner.

Most professional hockey leagues across the globe use some from of overtime and/or shootout system to ensure there are no tie games. There are several recreational and amateur leagues which allow ties and don’t use overtime and shootouts. In addition, the National Collegiate Athletic Association (NCAA) in America still allows tie games if they can’t be decided in five minutes of overtime.

When it comes to shootouts in International Ice Hockey Federation (IIHF) tournaments, all playoff games are decided by five-player shootouts rather than the three-round format.

Why Tie Games Were Eliminated

There have been several eras in the NHL since the league’s inceptions with some of them being low-scoring and others being high-scoring. Between 1990 and 2004 there were many low-scoring, defensive style games which ended in ties.

This was quite a contrast to the 1980s in which a more offensive and high-scoring brand of hockey was being played. With the average goals-per-game on the decline in the early 2000’s the league felt it was time to eliminate ties since the games were deemed boring and tedious by some factions of the public.

It was believed the majority of teams were happy to settle for a single point in the late stages of a tie game rather than lose the contest. This resulted in a lack of offense and the NHL decided teams would stop playing defensive hockey in tie games if they were guaranteed a point in the standings even when losing in overtime or a shootout.

With all NHL games now having a winner and loser in all games the outcome would seem to be straightforward. But not all hockey purists agree with the current overtime and shootout format in use.

Fans against the system argue that there are now too many “three-point games” in the league. This refers to the losers receiving a point while the victors get two.

In theory, a club could lose all 82 games in overtime and shootouts in the regular season and still make the playoffs with 82 points.

Critics also point out that different leagues use different overtime and shootout formats. For instance, the regular-season overtime in the East Coast Hockey League (ECHL) is seven minutes long in 2019/20 rather than the standard five minutes used by the NHL and most other hockey leagues.

And above all, there are numerous experts and fans who feel the shootout isn’t a satisfactory way to determine the winner and loser of a game. These people generally feel the shootout is nothing more than a gimmick or novelty and games should be decided in overtime.

But on the other side of the coin, those who support shootouts counter with the argument that three-on-three overtime is also a gimmick since regulation time features five-on-five play.

It is highly doubtful that pro hockey leagues will eliminate overtime in the future but fans could see the NHL extend the extra period to 10 minutes from five. This would likely result in more games being decided in overtime rather than having to be determined by a shootout.

Either way, it means fans will likely never see another tie in a pro hockey game in the foreseeable future.

To recap, in NHL games are now never tied, it always goes to overtime and/or penalty shootout.