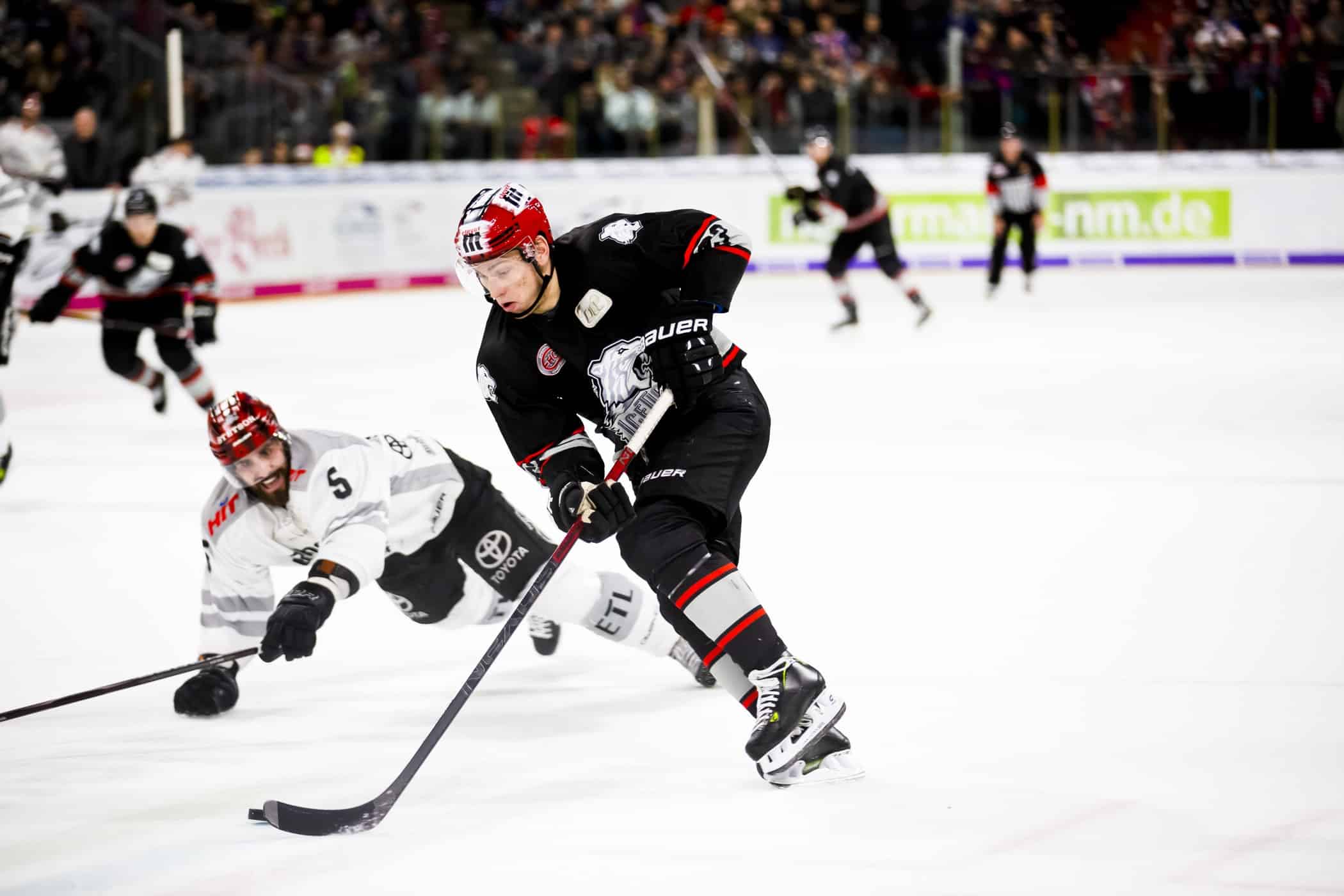 With ice hockey being one of the most physical games in the world it just made sense that all leagues eventually introduced mandatory certified head gear. You’ll find there’s no way to play organized minor and pro hockey unless your head and upper facial area is properly protected at all times. So why do all NHL playes wear a helmet and or visor combo and not a full-face cage? Could they wear one if they wanted to?

NHL rules state that all players other than the goaltender must wear a visor-style protector rather than a cage. In fact, most professional hockey leagues mandate their players wear visors while the amateur National Collegiate Athletic Association (NCAA) in North America forces players to wear full face protection, which allows them to choose a wire cage if they desire.

There are certain exceptions to the NHL rule though. For instance, if a player is suffering from a facial injury it’s not uncommon for him to wear a full combination cage/visor style of helmet to protect the affected area. This is often the case for injuries to the cheekbone, jaw, nose and eye area.

Most NHL trainers are capable of designing and putting together this hybrid type of head protector and it could feature a partial or full wire cage.

In general though, all NHL players wear a helmet with a clear, impact-resistant polycarbonate visor or shield attached to the front of it which typically protects the eyes and reaches as far down as the nose.

Visors were made mandatory by the American Hockey League (AHL) in 2006/07 while the NHL follow suit in 2013/14 with its own variation of the rule.

Rule 9.7 states that all players starting with the 2013/14 campaign who had played fewer than 25 NHL games must wear a visor. This means there are still several players who compete in the league without wearing a visor since they had more than 25 games experience when the rule was introduced.

A wire cage style of face protector is also attached to the front of a helmet and is typically made of a composite mesh or metal material. A cage offers more protection than a visor/shield since it covers the entire face down to the chin.

The cage consists of several metal bars which are designed to leave enough space between the eyes to make sure they don’t inhibit a player’s vision. However, the wire bars are constructed close enough to each other to protect a player’s face from errant pucks and sticks.

There are also various hybrid-style full face masks on the market which consist of a visor on the top half and a cage on the bottom half. In addition, full visors are also available which cover the entire face and chin and are made of clear polycarbonate material (known as a fishbowl).

Visors have a wider field of vision, but are prone to fogging. Cages are heavier (aluminium cages are more expensive but much lighter) offer full face protection.

While the NHL mandates just half-face coverage with the use of a visor, most amateur and school leagues across the world insist that players wear full facial protection.

See also  How Many Players Are On a Hockey Team?

Some leagues force players to wear wire cages while other leagues allow players to choose a cage, a full visor or a hybrid-style protector.

Of course players can’t wear a visor without wearing a helmet and the the NHL allowed players to compete without a helmet until August of 1979. League President John Ziegler then announced that all players who signed a contract after June, 1979 had to wear one.

Players who had inked a deal before June, 1979 were allowed to play without a helmet if they wished but had to sign a waiver with the league to do so.

In 1996/97, Craig MacTavish of the St. Lo uis Blues was officially the last NHL player to play without a helmet. The league also made helmets mandatory for all on-ice officials in 1988.

Why Facial Protection was Introduced

The NHL and AHL introduced facial coverage as a way to protect the eye area while amateur and minor leagues brought it in to protect the entire face. There had been several serious eye and facial injuries in the NHL before the visor was introduced but players are still suffering injuries to other areas of the face while wearing them – such as missing teeth.

Many of these injuries are caused by sticks and pucks as they strike players in the lower region of the face below the visor. In addition, sticks and pucks can still cause injury by going underneath a visor.

The NHL has come a long way regarding head and facial protection but the league has yet to make full cages mandatory – with no foreseable plans to do so.

Since paying fans like to instantly recognize their favorite players and the league is in business to make money…it’s highly unlikely wire cages will be worn in the future.

Read more about the dangers of hockey.