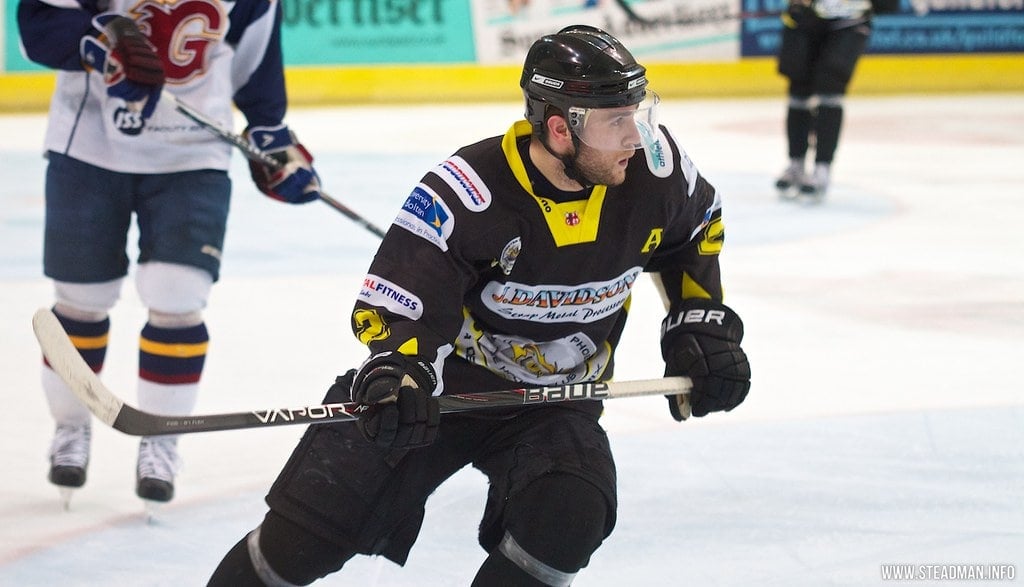 Photo by davidgsteadman licensed under Public Domain Mark 1.0 Images used on this page are under creative commons license. We may collect a share of sales or other compensation from the links on this page.

There are many pieces to a hockey player’s equipment and gear set up — and some people may be wondering if modern-day players still wear cups. There are many instances on the ice where a player may want the bit of extra protection, as hockey pucks are solid and can move at speeds of up to 100 miles an hour off of a slap shot.

Hockey players do wear cups, though they don’t always guarantee protection against an awkward hit or a perfectly timed puck. Protective cups are common among players who participate in rough sports such as football, soccer, and of course — ice hockey. The dangers are obvious if a player were to forgo this extra protective measure and many players aren’t willing to take the risk and gamble with their lower regions.

What is a Protective Cup?

Bio-Flex Cup has a vented bio-shaped design to shield areas where protection is most crucial.

While many are already well versed with what a protective cup is and what function it serves — in short, they consist of a hard outer layer that’s lined with softer padding that protects the athlete’s groin area.

It’s important to note that a cup is not the same as a jockstrap, as they serve two different purposes. A jockstrap offers extra support, but not so much in the way of protection against hits.

Non-contact sports such as running and bicycling don’t require the extra level of protection, as there are no projectiles coming their way. A jockstrap is perfectly adequate in these sports but simply doesn’t offer enough protection for a game as contact forward as ice hockey.

The Dangers of Not Wearing a Protective Cup

While the risk of forgoing a cup before a game should be obvious to many males, there are a few horror stories to convince the most stubborn person. There have been several players who’ve ended up in the hospital after brutal hits and who had opted to leave their cups in the locker room and paid dearly for the decision.

Defenseman Sami Salo of the Vancouver Canucks was hit in the groin by a puck while blocking a shot and required hospitalization for the injury. The puck was coming off of a slap shot by Duncan Keith of the Chicago Blackhawks.

Salo was taken by stretcher into a waiting ambulance as a precautionary measure to ensure he hadn’t ruptured a testicle. All in all, it’s best to wear a cup to avoid this painful and agonizing experience.

Some players are of the opinion that donning a cup affects how fast they can skate and how much mobility they have on the ice. It may take some time to get used to wearing a cup, as it is made out of hard plastic and can feel a bit uncomfortable at first.

However, many players get used to the feeling and can continue playing without hindrance. The extra level of protection may in fact boost their confidence in their ability to block shots and slam an opponent into the boards.

There are multiple options on the market that can fit a variety of different comfort and fit preferences for players. It may take some time to find the correct fit for you, but it’s worth the effort and you’ll likely be thankful that you did at some point.

Do Goaltenders Wear a Cup?

When it comes to the likelihood of getting hit with a puck during a game — no one is higher on the list than the goalie. They’re getting shots directed at them for the entirety of the game, so it’s likely that several will make contact over the course of the night.

It may come as a surprise to find out that many goaltenders opt to wear multiple cups for added protection. When goalie stretches out their pads to block a shot, they’re left in a vulnerable position so it’s no wonder they want to ensure their groin is staying adequately protected.

This trend of wearing two or three cups may have been started back in 2014 when the goaltender for the Calgary Flames, Brian Elliot, posted a photo of his cracked cup to his Twitter account. Imagine taking a shot hard enough to crack the plastic in such a sensitive area!

Many goalies have spoken up on the topic and shared their personal preferences as far as options for a traditional goalie double-cup and whether or not they use a regular cop on top of this one. This position in ice hockey needs all of the extra paddings it can get, as it’s arguably one of the most dangerous and groin injury-prone spots on the ice.

Women and girls in hockey don’t wear cups as commonly as their male counterparts — and in fact, they’re not referred to as cups but as Jills. However, they’re an option and some opt to wear them before hitting the ice.

Jills offer firm padding to protect the pelvis area and offer a decent level of protection against pucks and contact from another player or a slashed stick. At some levels, especially with younger children, this extra protective piece of gear is required for safety reasons.

There are even Jill shorts that have a built-in protector for girls that can be a more comfortable and efficient option for players. They’re often not very expensive but can be a great long-term investment for the safety of a player and can even save money from a costly hospital visit.

Next time you’re about to get onto the ice, don’t forget to throw on a cup, or else you may regret it later. All it takes is a perfectly timed slap shot and you could very well end up in the hospital with some lasting consequences.

Modern-day cups have improved comfort and safety features and many players skate with them on and barely notice that they’re there. They’re a key gear feature for many NHL players and they’re the ones who would know best.