Do NHL Players Have to Wear a Visor? 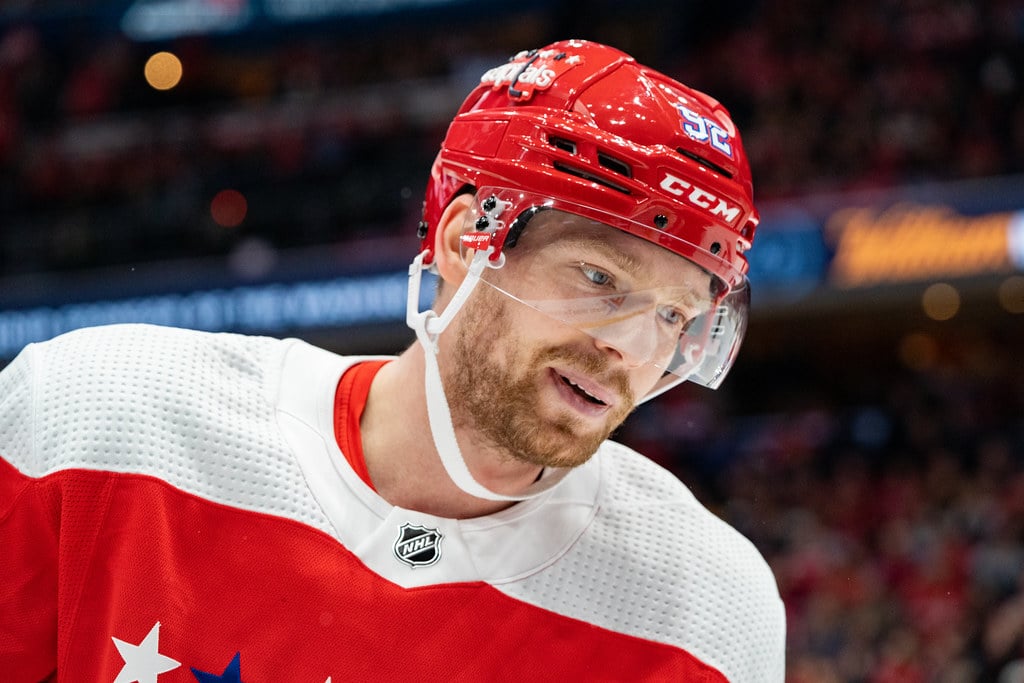 When you watch an NHL hockey game, you’ll notice that nearly every player wears a half-visor on their helmet. Do the players have to wear a visor? Have players always worn visors? Why do only a few NHL players not wear visors? What are the NHL’s rules on visors? This article will explore the use of visors and their history in the NHL and hockey.

NHL players are required to wear visors. But a rule only made visors mandatory in 2013. All players who entered the league thereafter play their NHL careers with a visor. Players who had played more than 25 games at the time weren’t required to wear a visor, so there are still some players in the league who today go without one.

Are Visors Mandatory in the NHL?

When watching an NHL game today, it’s rare to look at a player and find him without a visor.

But the NHL’s current state with nearly all players wearing a visor is a relatively recent development. In fact, it wasn’t even all that long ago that players didn’t wear helmets, let alone visors.

For starters, helmets were only worn sparingly throughout the first half of the 20th century. The NHL eventually made them mandatory in 1979.

Players who had enough experience in the league at the time were allowed to continue on helmetless, however. As a result, Craig MacTavish played the last helmetless NHL game in 1997.

Like helmets, visors also have a history that involves a slow embrace of their value as additional protection.

Who Wore the First Visor?

The hockey visor was first invented by Kenneth William Clay in the 1960s after he took a high-stick to the eye. The British Columbian league player created the visor for protection after he lost vision in one eye from the incident.

Greg Neeld would later be the first professional hockey player to wear a visor after he also suffered an eye injury in the 1970s. He never made it to the NHL, though.

The reception of visors early on wasn’t always positive, though.

Commentators such as former Boston Bruins coach and CBC host Don Cherry criticized players who wore visors for being “wimpy.” Specifically, he called out “Europeans and French guys” for wearing visors in 2003.

Part of the thought process here is that if a player gets in a fight, they hide behind the visor to avoid punches to the face. But this attitude faded as safety was prioritized in the 21st century over outdated hockey traditions.

Over the years, the NHL also had multiple frightening incidents involving eye injuries. More than a few players lost partial vision in an eye on innocent plays – Bryan Berard, Chris Pronger, Manny Malhotra, and Marc Staal are included on this list.

Apart from a few outspoken critics, players were largely encouraged to wear visors in the 2000s.

By 2010, nearly 60% of the league’s players voluntarily wore a visor. Three years later, the NHL made visors mandatory for new players entering the league.

What Is the NHL’s Rule on Visors?

The new rule was implemented ahead of the 2013-14 NHL season. Visors are now a mandatory component of NHL hockey.

All players who had fewer than 26 games of NHL experience were thereafter required to wear a visor. Players with more than 25 career games could continue to play without a visor if they wanted to.

Every new player who entered the league would also have to wear a visor.

At the time, the majority of the league’s players already wore a visor to begin with. Ever since, the numbers who chose to remain without one have dwindled.

Today, maybe only a dozen or so players remain without a visor. Each year since 2013, players without visors have retired or decided to start wearing one for their safety benefits.

Some of these veterans who still go without a visor include recognizable stars such as Zdeno Chara, Joe Thornton, Ryan Getzlaf, and Ryan O’Reilly. The youngest players in this group are in their late 20s and early 30s, so it remains possible that an NHL player could go without a visor for another decade.

The NHL also penalizes players who wear their visor titled up too high on the helmet. Doing so reduces the effectiveness of the visor, essentially leaving the face unprotected.

Players such as Leo Komarov and Sean Monahan are sometimes targeted as examples who push the boundaries on the acceptable use of a visor.

The increase of visors did also lead to players removing their helmets prior to fights. When players fight while wearing visors, it’s painful because the punches can end up landing on the solid visor and its edges.

But the league further cracked down on safety by preventing players from removing helmets before fights. Players are now dealt an additional penalty if they remove their helmet prior to a fight.

The implementation of this helmet-removal rule has virtually brought an end to the occurrence that it penalizes.

Visors are now mandatory for all NHL players and all those who will join the league in the future. The only exception is for players who had over 25 games of NHL experience going into the 2013-14 season. A small number of these players still go without a visor as of 2020, and it’s possible that some of these players could remain in the league for another decade or so. After that time, all NHL players will wear visors.