How Much Does it Hurt a Goalie to Stop a Slapshot 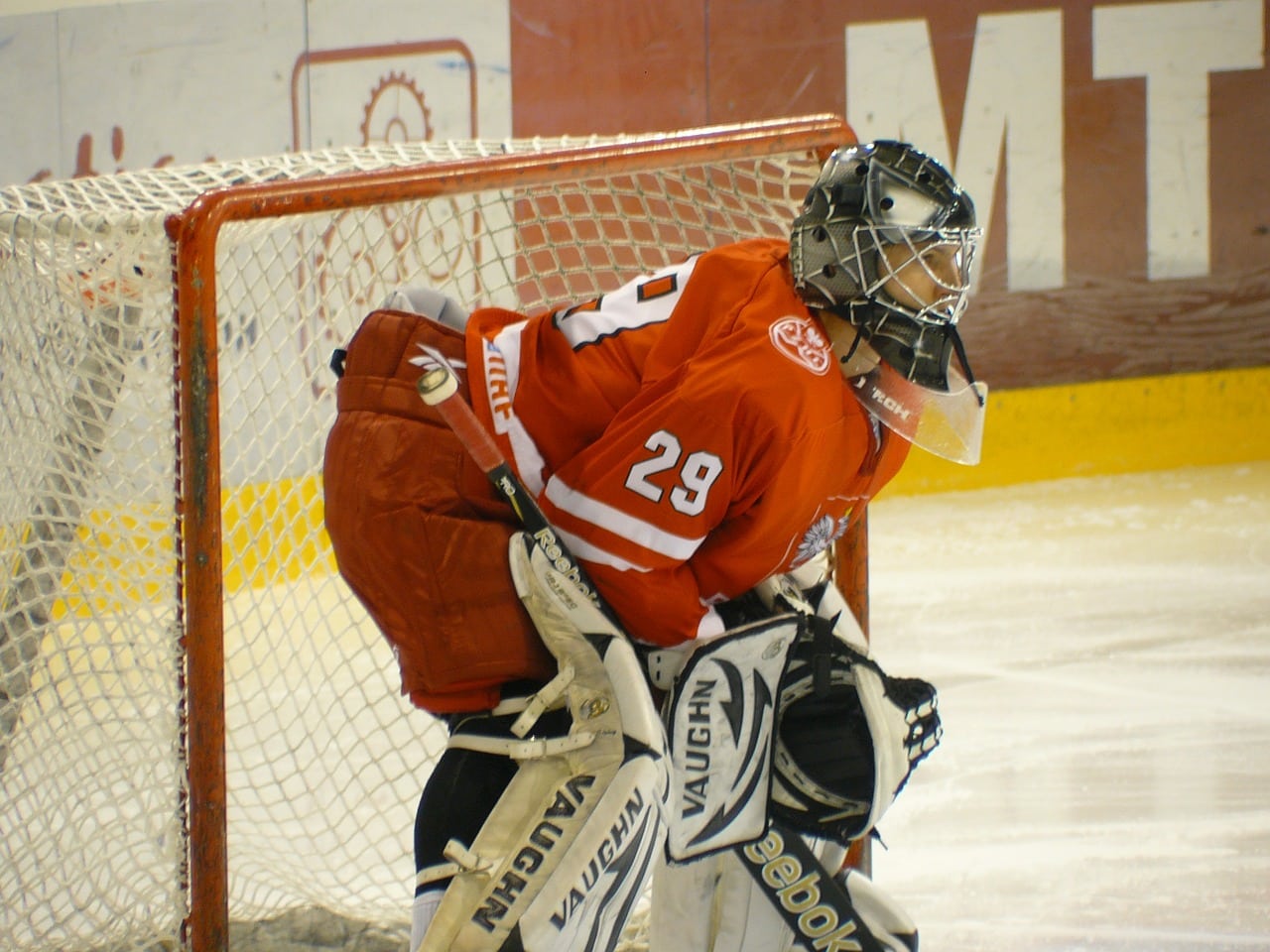 It’s often said that it takes a special type of athlete to stare down slapshots from skilled hockey players. This is the job of the hockey goalie, who is fitted with protective gear to cushion the blow. But do they not feel the impact of the high-speed pucks fired their way? Can injuries from slapshots occur despite goalie equipment? Let’s investigate!

Goalie equipment has advanced to the point that most shots do not harm the goalies whatsoever. Bulky leg pads, a thick chest and arm protector, a solid blocker and catching glove, and hard-toed skates dull the impact of most shots. Shots to the goalie’s mask do, however, rattle the goalie’s head and can require time for recovery. The collarbone and neck area can also be vulnerable to shots, but injuries from these shots are infrequent.

Fortunately for goaltenders, their equipment rescues them from injury on nearly every save they make.

Goalie equipment is manufactured for optimal safety. Every piece of equipment, from the chest protector and leg pads all the way down to goalie skates, provides enough padding for goalies to confidently block the puck.

Even a body covered by padding is not foolproof though.

The players of today can shoot the puck extremely hard. With wrist shots and slapshots reaching the 80 and 90 mile per hour range, and even upwards of 100mph, a routine save that catches the wrong spot can sting the goalie and possibly leave a bruise through padding.

Locations that can occasionally hurt the goaltender include the collarbone area, stomach, groin region, and the backs of the legs.

NHL goalies may want to watch out for Zdeno Chara’s slapshots, as he currently holds the record for the hardest shot ever at 108.8mph. Look out!

Goalie injuries actually come more commonly from muscular issues. Strains and pulls are a risk during the quick movements that goalies make. Collisions with other players are also a danger.

Goaltending equipment has come a long way since the earliest years of the sport.

In fact, it was not until 1959 that Montreal Canadiens goaltender Jacques Plante debuted the NHL’s first goalie mask! Prior to Plante’s innovation, goalies regularly dealt with facial wounds and bruises from taking pucks to the face.

Wisely, all goalies now wear protective masks with a steel cage covering their face. Unfortunately, even this mask cannot guarantee an injury-free game.

Goaltenders are, on occasion, concussed by shots that hit their masks. This is a frightening issue that hopefully can one day be minimized, though there is no exact science to prevent or predict concussions in hockey.

New Jersey Devils goalie Mackenzie Blackwood even lost several teeth when a slapshot to the mask forced its lower portion back against his face! With slapshots travelling upwards of 100mph, chance injuries like this can occur – even if they are rare.

Still, hockey goalies escape from most games with no injuries! They can thank their equipment, which covers them from head to toe, for this fact. But with players shooting pucks extremely hard, slapshots can sometimes hurt goalies – but severe injuries are rare. Shots to the mask and concussions are the biggest danger, but the players do not intentionally shoot for the goalie’s head.

In fact, goalies focus on stretching and fitness because muscular issues are far more common than injuries from slapshots.

To recap, goalies can get injuries from:

While players aren’t allowed to check hockey goalies, sometimes during a rush on net, goalies can get a skate, stick or body blow.

P.S If you want to learn more about being a hockey goalie:

Read more about why goalies sweep their crease or leave their net.

Players getting hit by slapshots

If a player gets hit with slapshot, they are at much greater risk of injury – and if it’s to the face and their not wearing a shield, then the risk of injury is very high – including the loss of teeth.