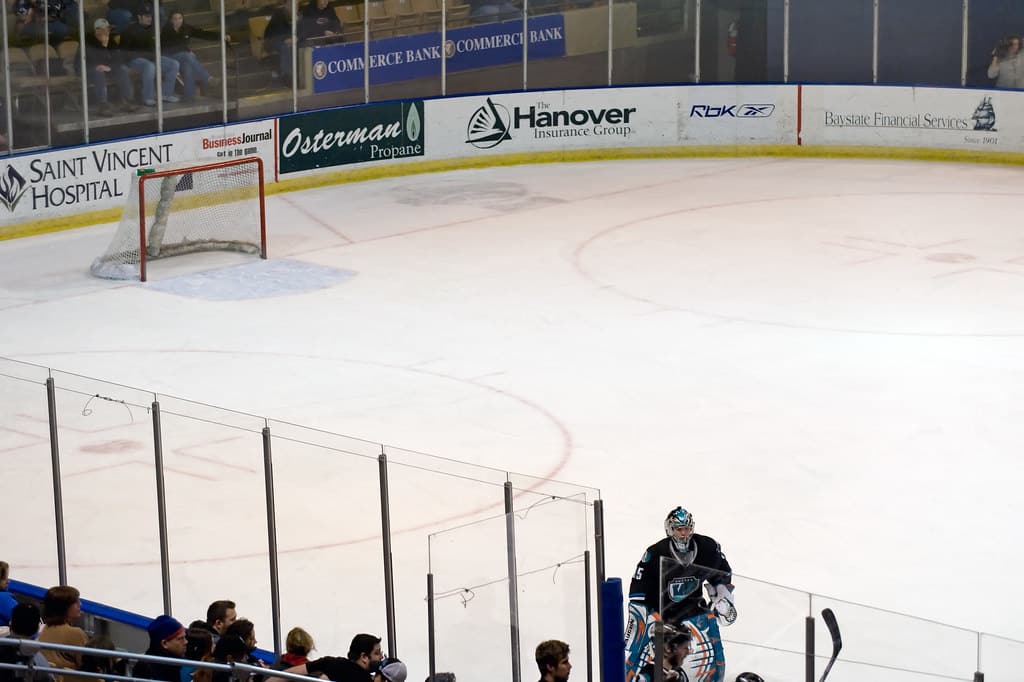 Have you ever been watching a hockey game when all of a sudden the goalie just decides to up and leave? Where’s he going!? Who’s going to play goalie!? First off, calm down… he has his reasons and we’re here to fill you in on what exactly is happening.

Often when a team is trailing late in a game, the team’s coach will replace the goaltender with an additional skater in an effort to increase the team’s odds of scoring a game tying goal. This is usually referred to as “pulling the goalie”.

Usually when a goalie vacates the goal it’s because his coach has “pulled” the goalie in favor of an extra skater. By the rules of hockey, an unpenalized team is allowed to have six players on the ice at any given time and there’s no rule that stipulates that one of those players must be a goaltender.

There are, of course, other times in which the goalie leaves the net empty, so let’s get into those, as well.

As described above, a common hockey strategy when trailing late in a game is to pull the goalie in favor of an offensive player. While a team without a goaltender is more likely to surrender a goal than with a goaltender, they’re also more likely to score a goal with an additional skater on the ice.

The theory is that if you’re going to lose by a goal, you may as well lose by two and at least give your team the best opportunity possible to score a tying goal.

Sometimes the strategy works, other times it fails miserably. It’s a gamble but a study uncovered by The Boston Globe seems to indicate that pulling the goalie is worth the risk. Check it out:

Indeed, mathematical studies indicate that the extra-man gambit works often enough to justify it. Andrew Thomas, who studied data from four NHL seasons during the past decade for an article in the Journal of Quantitative Analysis, found that 30 percent of the goals scored with the cage empty were tallied by the attacking side.

And while the league doesn’t keep stats on empty-cage goals, the Elias Sports Bureau reports that 48 extra-attacker goals (with or without the goalie pulled) were scored in the final three minutes during this year’s regular season with another seven in the playoffs.

Here’s a compilation video of when pulling the goalie didn’t pay off!

Sometimes you’ll see a goalie leaving the net in favor of an additional skater midway through the game, even when the team is in the lead. Clearly this isn’t an example of pulling the goalie for the purposes of tying the game, so what gives?

To first understand why the goalie would leave the net in this situation, you have to first understand how penalties are administered in hockey. When a player commits an illegal play, tripping for instance, the play is not stopped by the referee immediately.

Instead, the referee will raise his or her left arm in the air to indicate a delayed penalty then once the offending players’ team gains possession of the puck the play will be stopped.

So, because the offending team cannot gain possession and score a goal, the team on the offensive has no need for a goaltender. In such cases, the coach may pull the goalie in favor of an additional skater until play is stopped and the penalty is assessed.

The two instances described above are really the only two situations in which a goalie leaves the net for any significant length of time. There are, however, moments when the goaltender leaves his net to make a play on the ice.

Usually, the goalie will stop and play the puck from behind his net to prevent the opposition from making a play deep in the offensive zone, but this takes just seconds to execute.

In almost all cases where the goaltender is fleeing the net, just remember that he’s being instructed to by his coach and it’s usually done as a way to help improve his team’s odds of scoring a goal.