First Time Watching a Hockey Game. Here’s What To Expect 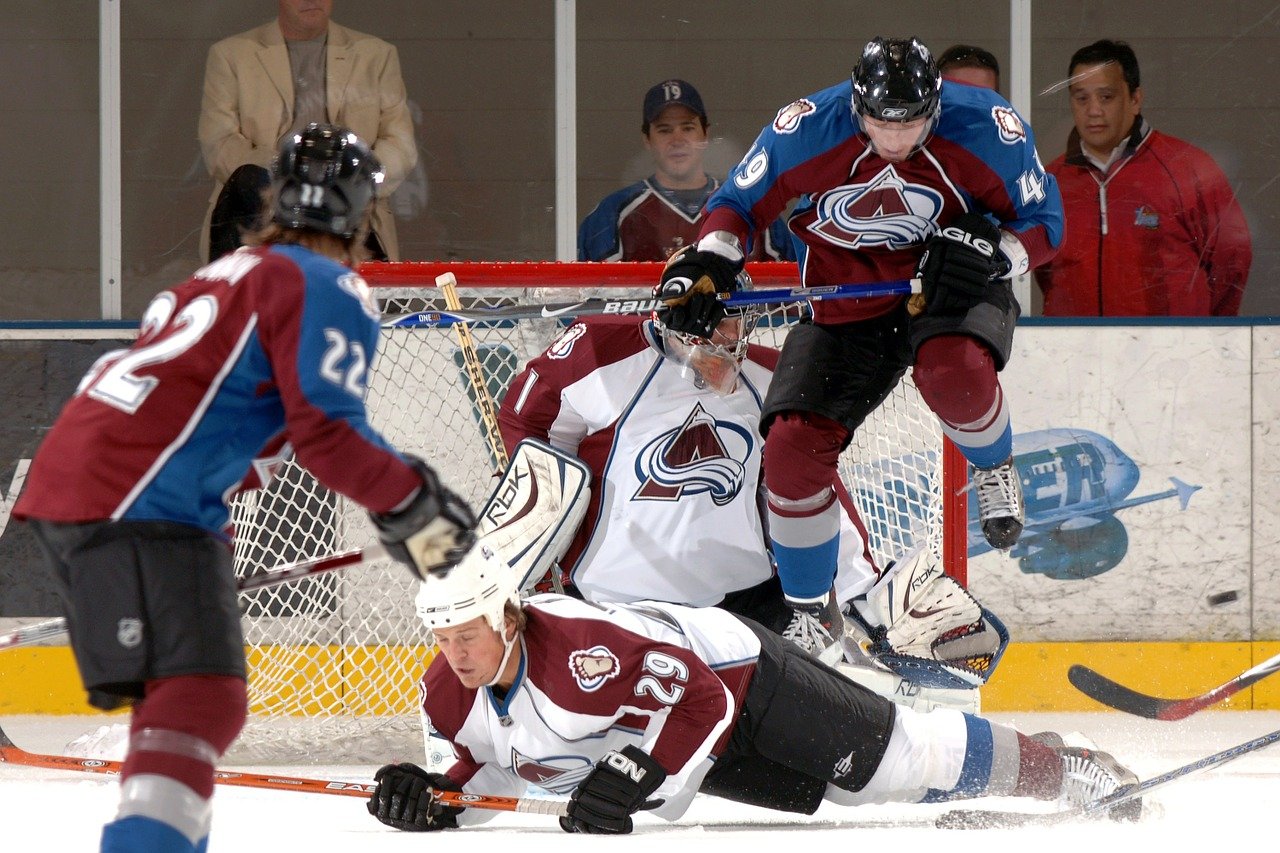 Are you making your first trip to a hockey game? Maybe you’re curious about what to expect beforehand? Is the arena cold? Do you need to show up early to the game? Are food and refreshments available at the rink? This article will fill you in on everything you need to know before your first time at a hockey game.

For your first time at a hockey game, you should plan to arrive early. Also arrange ahead to adjust for a train ride or the busy parking system at the rink. Any attire is acceptable at the game, though many fans will wear hockey jerseys. Professional hockey league arenas aren’t too cold, but you should probably bring a jacket just to be safe. You can also purchase food and drinks at the arena.

Your First Time at a Hockey Game

So you’ve made the decision to check out your first live hockey game. Although “firsts” can always be intimidating, you don’t have too much to fear at your first game.

Start out with a solid plan that you follow on game day. This plan should include a firm time that you want to leave and arrive at the arena.

Your plan may also revolve around a particular outfit (such as a hockey jersey) for the night and a meal at the hockey game.

This means that your plan is concerned with how early you should arrive at the rink, what to wear to the game, and if the arena sells food and drinks.

Let’s take a close look at each of these aspects of your first hockey game.

How Early Should You Arrive at a Hockey Game?

For your first hockey game, it’s wise to arrive earlier than a fan who is a long-time season ticket holder.

It’s a new experience for you, so you’ll need the extra time, whereas a season ticket holder is familiar with everything that goes into attending a game.

You’ll want to make sure you’re on time and ready for the game to start. But you may also want to take in the experience of the arena and a professional hockey game on your first visit.

For these reasons, you should arrive at least one hour before puck drop, which is the time that it says the game starts on your ticket. Puck drop is usually at least five or seven minutes after the top or middle of the hour (e.g., 7:07 p.m. or 7:37 p.m.).

Most hockey arenas in the NHL open their gates between 75 and 90 minutes before puck drop. You should check in with your local team just to be sure if you plan to be more than one hour early.

Depending on where your team plays, you should plan to either take public transportation (which can simplify attending the game) or to drive there. If you drive, you’ll have to pay for parking at or near the arena, which will be a busy task if your team is a popular one.

Either method of transportation will add extra time to your night at the game, so take that into account beforehand.

What Happens When You Get to the Hockey Arena?

Once you’ve arrived, you’ll need to enter through one of several gate entrances located around the arena. At the gate, you’ll show your ticket (either a physical copy or a digital one), and then you’ll be inside.

NHL arenas now have you walk through a metal detector and may search your bag if you bring one with.

Once you’re inside, you can explore the arena. Most NHL rinks have team history items and memorabilia to see around the concourse area.

There are also fan shops if you’d like to purchase team clothing or a jersey. At this time, you can also buy food or drinks.

It can be difficult to find your seat because the arenas are quite large with tens of thousands of seats.

But your ticket will have a section and level number (as well as a row and seat number) that specify the location of your seat.

See also  What is Offside in Hockey?

There will be helpful signage and employees to point you in the direction of your seat if you’re struggling, too.

How Long Before an NHL Game Is Warm-Up?

Warm-up can factor in to the time you should show up for your first game.

Before every game, the players will come out and have a warm-up session where they stretch and casually shoot on the goalies.

If you’d like to see warm-up at your first game, you should be seated around 30 to 40 minutes before game time.

Warm-up lasts for 16 minutes, then the zamboni comes out and resurfaces the ice prior to puck drop.

How Cold Is the Hockey Arena?

This is a wise question to ask before heading to your first hockey game.

Because the game is played on an ice rink, you might think that the arena is freezing cold. This isn’t always the case, though.

The arena itself can correspond to the weather outside. If it’s the middle of winter, it can be a bit colder inside.

But, even if it’s summertime, you might want to bring a light jacket if you’re prone to chills. But don’t expect it to feel like you’re in a freezer.

However, at recreational and minor hockey arenas, it is often quite cold inside. These are smaller spaces, so the cold required to maintain the ice surface impacts the entirety of smaller arenas.

What Should You Wear to a Hockey Game?

You can wear whatever you feel comfortable with at the hockey game. At every game, you will see a mix of fans wearing the home and away team jerseys, but also people in casual clothes.

Sometimes season ticket holders head straight to the game from a white-collar job, so you’ll see people in attendance dressed in formalwear as well.

See also  What Is The Size Of A Regulation Hockey Goal?

Fans aren’t required to wear jerseys, but many do. Feel free to join in and cheer for your team, even if it is your first time.

NHL teams will always have fan shops that sell jerseys if you want to buy one at the game.

During the playoffs, it is common to see nearly all fans wear the home team’s jersey.

Also, keep in mind that some fans may not take kindly to you if you wear the visiting team’s jersey. Most fans enjoy the game in good fun, but some may gently give you a hard time for representing the opposition in “enemy territory.”

Do Hockey Arenas Have Food and Drinks?

If a meal is a part of your first hockey game plan, you’re in luck. Hockey arenas will always have a variety of food and refreshment options available around the concourse.

Most arenas will literally have dozens of choices for you, so even if you’re a picky eater, there should be something for you at your first hockey game.

Alcoholic beverages are offered at the game. Lounges are found at most arenas, as well.

But do keep in mind that line-ups for food can get quite long. To avoid these lines, purchase your food early before the game.

The longest lines will form during intermissions. Lines will be shorter during game action, but you’ll of course have to miss out on watching the game if you want to buy food at that time.

Washrooms follow similar rules. Lines will be the longest during intermissions and after the game.

People will start to leave their seats in the final minutes of each period to get to the food and washroom lines early. You might want to consider this option if you’re okay with missing a few minutes of a period.

You’re now all set to attend your first hockey game. Just be sure to plan beforehand so you’re on time and can make the most of the game. The arena and game have a lot to offer, from memorabilia and team clothes to food, pre-game warm-up and the game itself. Arrive early enough to find your seat and enjoy the game!