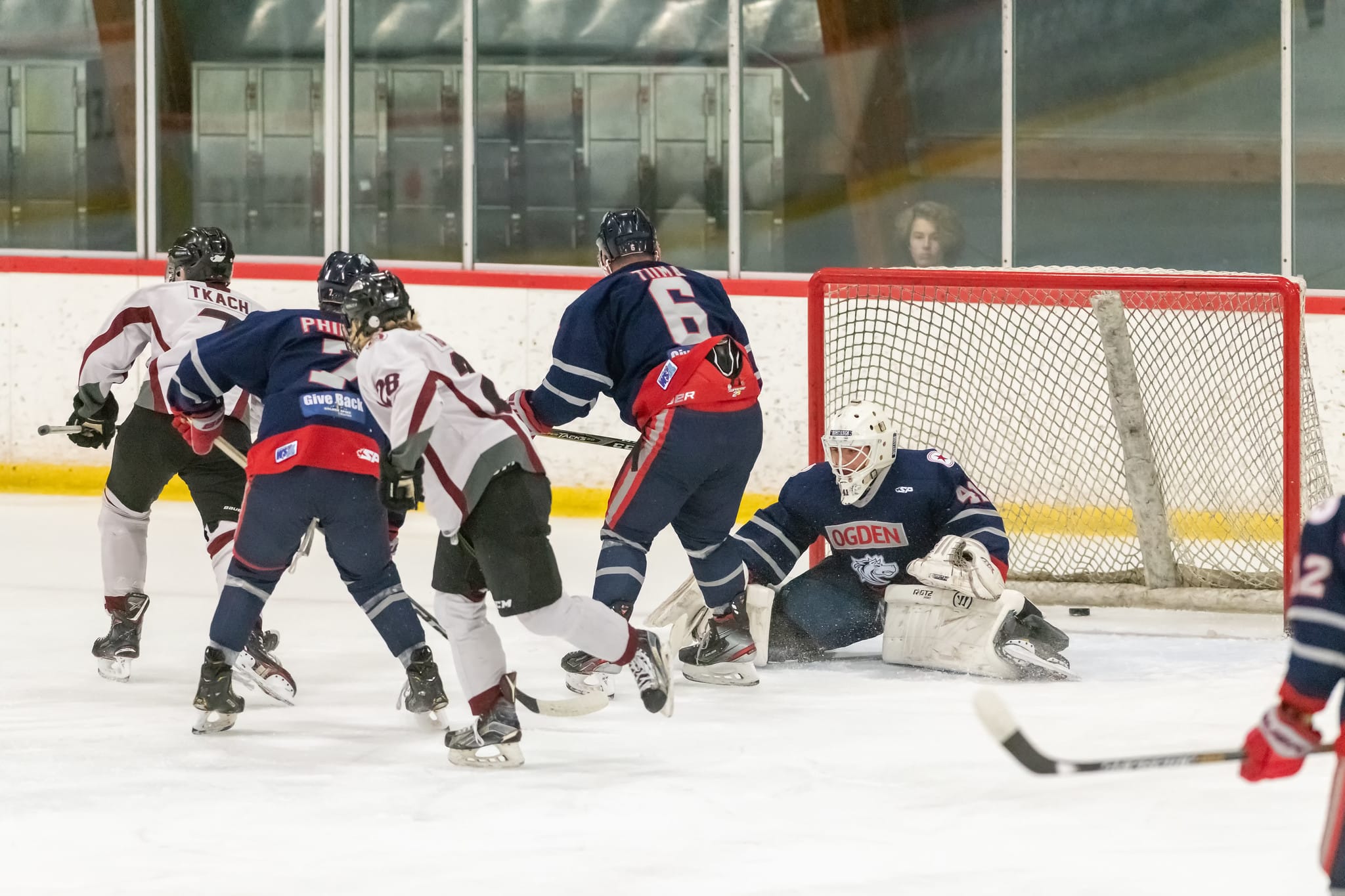 Have you ever wondered if hockey players and goalies wear the same skates? Maybe you’ve noticed that goalie skates look different than regular ice skates? But what is the difference between goalie and player skates? Could a goalie wear player skates in net? Or the opposite? This article will examine the differences between player and goalie skates, and why they matter.

Goalies and players both wear skates on the ice, though their skates have several key differences. Goalie skates are manufactured with more protective materials than those used for player skates. Goalie skates also have thicker and longer blades, as well as a shorter tongue and tendon protector. Goalie skates are designed for protection and ankle mobility. Player skates look to combine a mix of performance design and safety.

Do Goalies and Players Use the Same Skates?

Goalies and skaters both wear ice hockey skates to get around on the ice. And while the skates are similar in design, they do feature important differences.

Each type of skate is designed for the needs of the hockey player’s position – in this case, whether the player is a goalie or a skater (either a forward or defenseman).

For example, goalies primarily stay in their nets while they play, whereas as skaters are always in motion on the ice. Goalies are also more likely to block shots with their skates than players.

For reasons such as these, separate skates exist for players and goalies.

Hypothetically, a player or goalie could wear skates that aren’t intended for them. But doing so would be an ineffective decision on performance and safety levels.

The differences have to do with the boot of the skate, the skate blade, and protective material on the skates.

On goalie skates, the boot comes lower on the ankle. This means that goalie skates have a shorter tongue on the front of the skate and less tendon protection for the back of the ankle.

On player skates, the tongue is quite long, as is the tendon protector on the back of the ankle. The shin pad will typically even fit beneath the long tongue of the skate.

Goalie skates use the shorter tongue and tendon protector for performance reasons. This is because goalies need ankle mobility, which would be severely restricted by regular player skates – which comes several inches higher up the ankle.

Goalies frequently push off quickly with their ankles to go side-to-side in the crease. They also do so from the butterfly position (down on their knees), which requires flexibility from the ankles at extreme angles.

But the shorter boot on goalie skates doesn’t sacrifice safety, either. Goalie pads serve as protection for the front of the ankle and shin, coming down right over the top of the skate boot.

Players don’t wear goalie pads, of course, so they need the longer tongue of player skates for protection.

Players are also more in danger of getting skate blade cuts on the backs of their calves. The longer tendon piece on the back of player skates is designed to protect from such injuries – which are very dangerous when they do occur.

Goalie skates have additional plastic protection on the toe of the skate, the sides, and the back heel.

Toe protection is especially important for goalie skates. Player skates are also made with a sturdy toe, but the goalie skate has extra cowlings (hard plastic caps) to ensure the protection of the goalie’s feet.

Goalies need the additional protection because they face down pucks from players with their feet directed at the shot. Goalies need confidence in their skates to put their feet in front of the shots.

The puck can hit directly off the toe of the goalie skate, so the skate needs this extra, guaranteed protection. Goalie skates need to be made to withstand slapshots of up to 100 km/hr without breaking – or allowing for the goalie’s toes to break. [Read ‘Do Slapshots Hurt‘.]

This extra protection is also present on the heel of goalie skates and more thinly along the lowest edge portion of the boot.

Player skates are also made for optimal protection of the foot. But their skates don’t feature this additional plastic protection, in part because it makes goalie skates heavier.

Plastic shot blocker attachments are available for skaters if they would like extra protection. NHL defensemen commonly wear these to add to their foot safety on the ice.

Goalie skate blades are thicker and longer than player skate blades. They are made this way because goalies primarily perform side-to-side movements in the crease.

Players, meanwhile, skate at a different angle to push them forward and backward around the ice. Their slightly thinner and shorter blades better allow them to complete this type of movement and others like sharp turns.

Goalies do, of course, still skate around the ice during the game. They also need to rely on their skate blades to get them by when they play the puck or leave the crease.

Their thicker and wider blades will still get goalies around fine, but their design doesn’t give precedence to optimal skating performance. The blades are also made thicker so they can withstand regularly stopping pucks.

This somewhat minor difference in the skate blade best supports the side-to-side edgework that goalies most commonly perform throughout the game.

Most goalies will want to keep their skates relatively sharp, the same way that players would. Other goalies, however, prefer a duller skate blade.

NHL goalie Robin Lehner, for example, emphasizes how he relies on the toes of his skates for his movements in net. He therefore prefers the rest of the blade to be duller, so he can maximize his cross-crease movement.

But most goalies will regularly sharpen their skate blades, as skaters also do. Skaters would never sharpen their blades just once per season, however, as Lehner describes.

Goalie skates and player skates do both accomplish the underlying task of getting hockey players around the ice. But goalies should only wear goalie skates, and players should only wear player skates. Each skate is designed with the safety and performance in mind specific to either goalies or players. The main differences are in the boot of the skate, the skate blade, and the outer protection on the skate.