Why Hockey Goalies Can (NOT) be Captains? 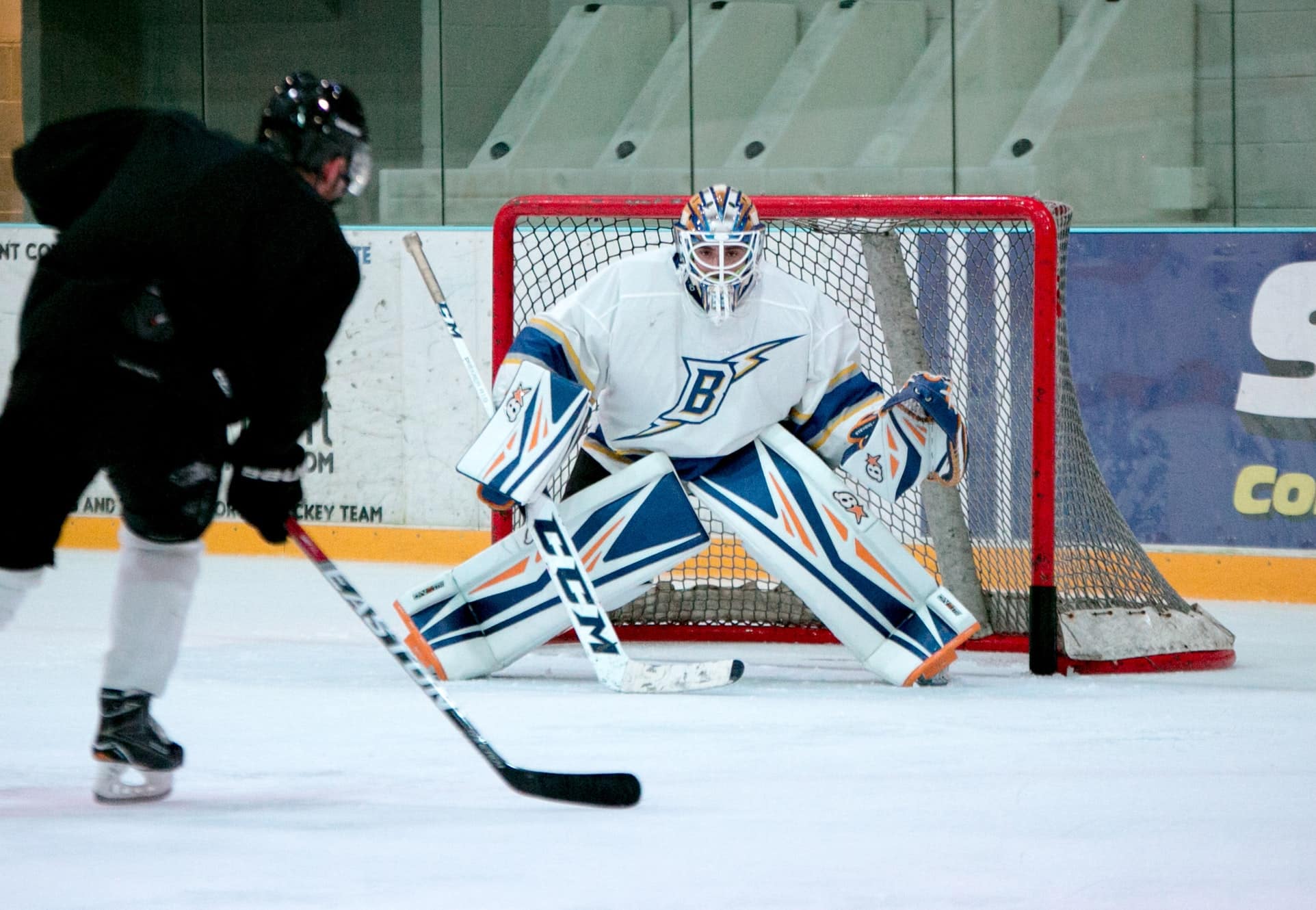 In 2008, Roberto Luongo playing for the Vancouver Canucks at the time became the sixth goaltender captain in the NHL. This was however very short lived as the NHL has rules against this. NHL Rule 14D states that “no player, manager, or goalkeeper” is allowed to be the captain of an NHL franchise. This leads to the question, why can’t goalies be captains?

Goalies typically can’t be captains in most hockey leagues and recreational games because the role of the captain is to speak to the referees and this is logistically difficult for a goalies who needs to stay inside his crease, and be mentally and physically prepared for the puck drop.

This rule is not exclusive to the NHL either. Goalie captains are illegal in the AHL, IIHF, NWHL, USA Hockey, and Hockey Canada meaning that pretty much any league you can think of probably has this same rule.

This rule is in place for almost entirely a logistical reason. The role of a hockey captain on the ice goes further then just helping lead the team and being an example for teammates.

The official role of the captain is to act as an intermediary between the officials and the bench should there be an on ice issue or penalty discussion.

In many leagues, any player not wearing a letter is not allowed to speak to the referees. For a goalie to be captain they would have to skate from their crease to the officials circle every time one of these stoppages in play happened as their teams official representative.

Not only is that inefficient time wise, but also a major distraction for a position that requires so much mental prowess.

The Vancouver Canucks tried to get around this rule by electing a player other than Roberto Luongo to be the player that speaks to referees.

Willie Mitchell would handle all talking to referees during games while Luongo would serve as the off ice captain.

The NHL would not allowed Luongo to wear the C on his jersey so he decided to paint a C on the chin of his mask.

Before the 2010 season, Roberto Luongo decided to step down from his role as captain of the Canucks due to him just wanting to focus on being a goalie and not having to deal with any other distractions.

Roberto Luongo is very likely to be the last goalie in NHL history as it just causes more headaches then it is worth.

So by the rules, no a hockey goalie can not be the captain of their team. It is important to remember that a player does not need a letter to be a leader.

A goalie can be a leader on and off the ice without being named an official captain and many goalies are well respected by their teams.

However, do not expect to see a goalie arguing a penalty at center ice any time soon.