Can Hockey Goalies Get Penalties? (Of Course) 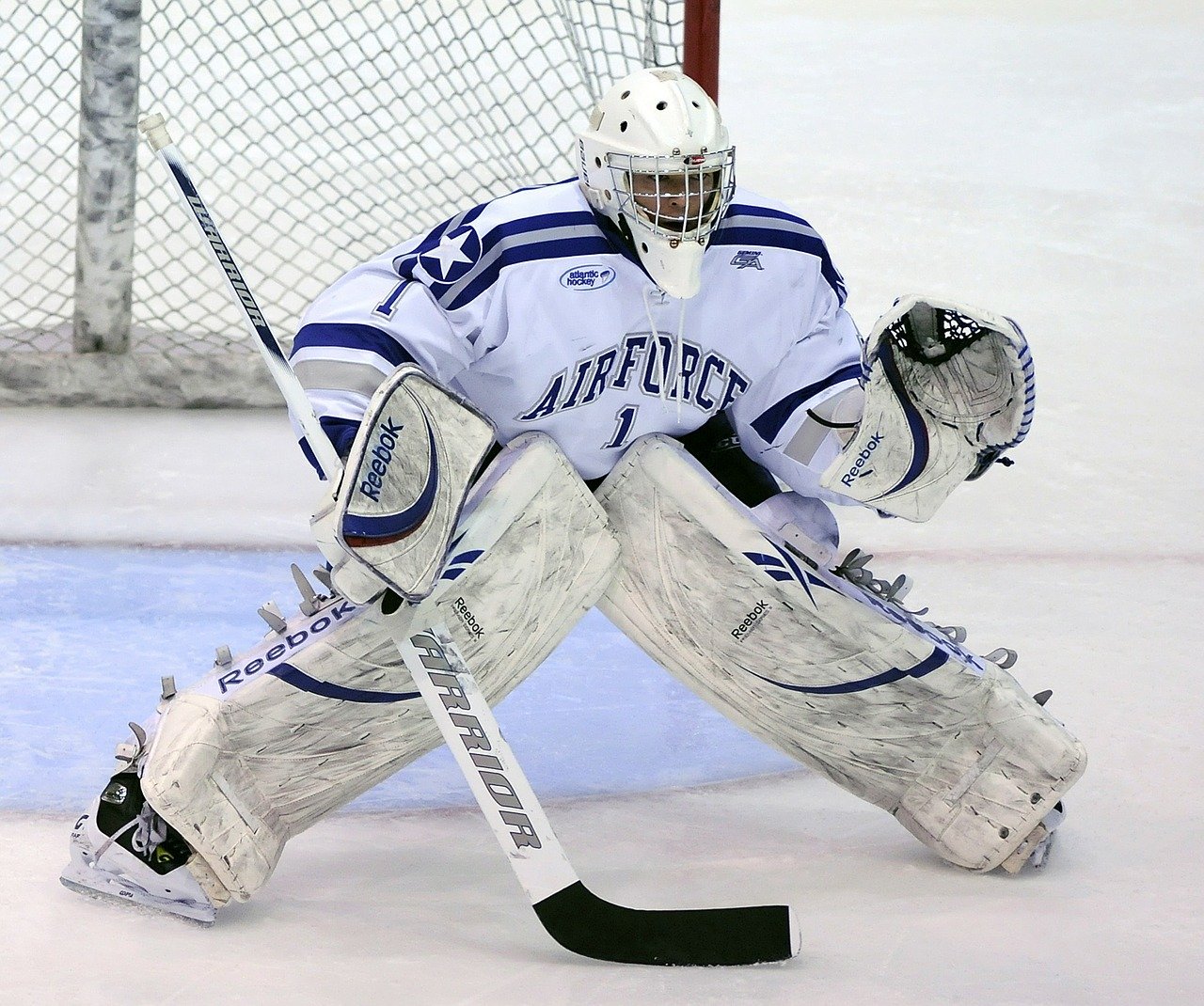 Hockey goalies are subject to the same rules as all other players on the ice but they do get unique and special treatment in some areas of the game. The main difference between goalies and other skaters regards the serving of penalties during games and this applies to most hockey leagues and organizations. So what’s the deal can netminders get penalties? and how come you never see goalies sitting in the penalty box?

Like all other players, hockey goalies can and do get penalties in the heat of the action. However, they don’t have to leave the ice to serve the infraction as a teammate is allowed to sit in the penalty box for them. Goalies do have to leave the game though if they’re ejected from the contest for any reason including earning three major penalties. Therefore any two, five and 10 minute penalties incurred by a goalie means they remain in net while a teammate who was on the ice at the time of the infraction serves the penalty.

The National Collegiate Athletic Association (NCAA) handles things a little differently as goalies are made to sit in the penalty box if they receive a five-minute major or 10-minute misconduct penalty. In this case, the backup goalie takes over in net.

NHL goaltenders’ penalties are subject to NHL Rule 27. It states that if a goalie’s teammate receives a two-minute minor or five-minute major penalty on the same play as the goaltender they aren’t allowed to serve the netminder’s penalty.

The penalty minutes are charged to the goaltender though. In this instance, another teammate on the ice must also enter the penalty box in place of the goalkeeper.

The reason for this is because the team serving the penalties should be forced to play two players short for two minutes rather than one player short for four minutes.

If an organized professional or amateur league goaltender receives a game misconduct or match penalty they must leave the contest and are also subject to any financial fines and further league discipline.

Goaltenders can be assessed the same penalties as other players including, tripping, hooking, slashing, interference and fighting etc. In addition, there are also several infractions that are unique to goalies.

Here are some examples:

Goalies used to Served their own Penalties

Goaltenders in the NHL used to serve their own penalties up until the 1941/42 season. When assessed a penalty the goalie would sit in the penalty box while another position player would protect the goal with the use of a goalie stick.

When the 1939/40 season arrived, players who stood in the crease while the goalie served a penalty were allowed to wear the goaltender’s gloves and use a goalie stick.

The NHL and most other hockey leagues and organizations across the globe introduce new rules on a regular basis. But one rule that isn’t likely to change is the one concerning goaltenders serving their own minor penalties.

We may see goalies eventually being forced to serve their own major and misconduct penalties like they do in the NCAA, However, having netminders serve their own two-minute infractions would simply take up too much time while the backup goalie gets ready to take over.

Want to learn more about netminders, see why they have a pre-game ritual of scraping the ice in their crease?

Yes, goalies fight, but it is rare. The main reason they do not fight as often is to avoid injury and as they are not at the center of most play or confrontations.

I cover this and much more in the main article on this topic: Why Hockey Goalies Fight