What are Hockey Pucks Made of & Who Makes Them? 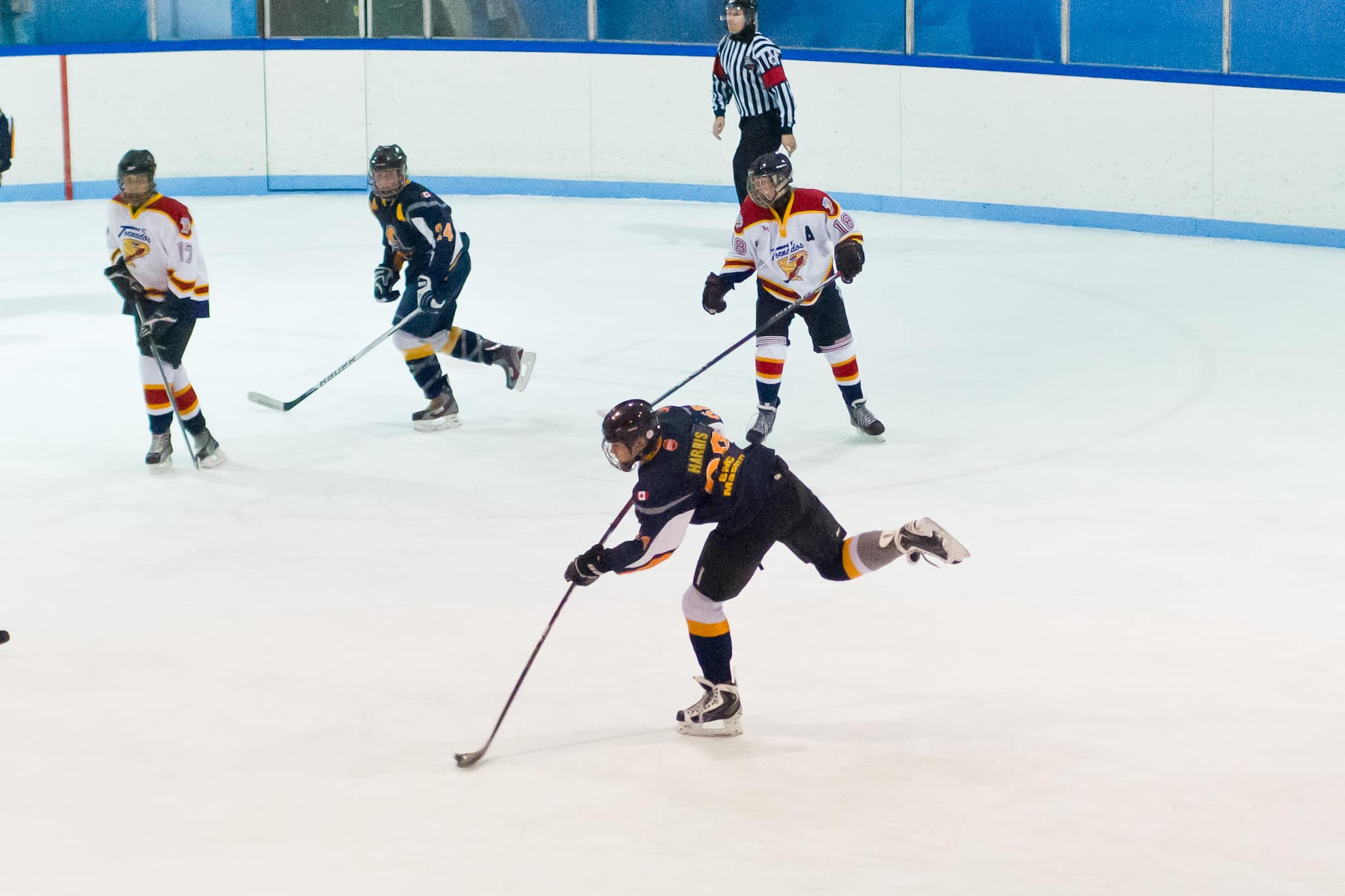 Most sports across the globe use some type of a ball but the game of ice hockey uses a puck as it’s designed to slide across the ice. With the average NHL game going through a dozen pucks it’s easy to see why fans and players take these small black discs for granted. However, you may be surprised by just how much information is out there concerning the history and construction of the hockey puck.

A hockey puck is a solid, flat black disc which is made with vulcanized rubber. Pucks are made in several factories across the world in the nations of Canada, Slovakia, Russia, Czech Republic and China. Pro leagues use frozen pucks during games to help eliminate their bounce and to stop them from sticking to the ice.

A regulation-sized puck used by the NHL is three inches in diameter (75 millimeters), an inch (25 millimeters) thick and varies in weight between 5.5 and 6 ounces (154 to 170 grams). The side of a puck comes with dozens of very small and textured raised grooves embedded into it which gives a hockey stick something to grip onto when handling and shooting it.

These unofficial pucks, as well as souvenir and practice models, can often be found in colors other than black. Many pucks also have team or league logos silk-screened into the top or bottom of them.

In the late 1800’s, frozen cow dung, rubber balls and blocks of wood were often used in the game of ice hockey. It’s believed the puck was first invented in 1875 when the rounded edges were cut off of a rubber ball to stop it from bouncing. The word puck was first used to describe the object in 1876

In the early 1900’s pucks were made out of two pieces of rubber which were glued together but they often came apart during games. Beveled edges were introduced to the puck in 1931/32 but the design was discarded and the modern puck design that’s used today was created in 1940. The NHL then introduced an ‘official’ and standardised league puck in 1990/91.

In 1995/96 the league developed a puck which contained a tiny battery and computer board in it as well as holes which could communicate infrared emitters with sensoring devices in the arena. This enabled television viewers to track the movement of the puck more easily as it was surrounded by a blue halo and emitted a red or green trail on the television screen when players shot the puck.

These pucks could be used for approximately 10 minutes before the lithium battery died and it’s estimated that each puck cost $400 to make. The NHL then stopped using them following the 1998/99 campaign as they were designed specifically for Fox Television and the network didn’t renew its contract with the league.

How regulation pucks are made

Regulation pucks are manufactured by mixing granular rubber by hand with a bonding material, antioxidants and coal dust. The mixture is placed in a two-part mold which is compressed at room temperature.

The rubber is shaped into circular logs which are three inches wide and then cut into one-inch pieces before the rubber hardens. Each piece of rubber is placed into a mold which is the exact size of a puck and then compressed. The logos are then silk-screened into the pucks with a rubber-based ink.

The pucks are all inspected to make sure they adhere to the proper size and weight regulations and to check for any soft rubber or air bubbles. Any pucks that fail the test are recycled for re-use. The pucks are further tested for bouncing by freezing them for approximately 10 days.

Even though pucks are made in several other nations, the most well-known puck manufacturers across the world are North American sporting-good companies such as InGlasCo, Sher-Wood, Viceroy, and Spalding. The NHL’s official pucks are currently supplied by InGlasCo of Sherbrooke, Quebec, Canada, which is recognized as the biggest manufacturer of pucks in the world.

Some of these manufacturers also make blue four-ounce pucks for children as well as 10-ounce discs for players who want to develop their shots. In addition, two-pound steel pucks are made for strength training purposes only.

Do They Freeze Pucks?

In elite level leagues, they freeze the pucks before the players take to the ice – to reduce the pucks bounce and make it more stable as it moves at speed across the ice.

The NHL started adding sensors in its pucks in 2019/20 as a way to track and analyze their movement during games. The sensors combine with cameras and antennae which are place high above the ice surface to help track puck and player movement.

The information can then be analyzed by team experts to help in their neverending quest for perfection.

See also  Is Hockey An Aerobic Or Anaerobic Sport?

While the top pro leagues in the world may tinker with their hockey pucks in many ways it’s doubtful the standardized shape and weight will ever change when it comes to regulation pucks.