How Does an Ice Hockey Rink Surface Stay Frozen? 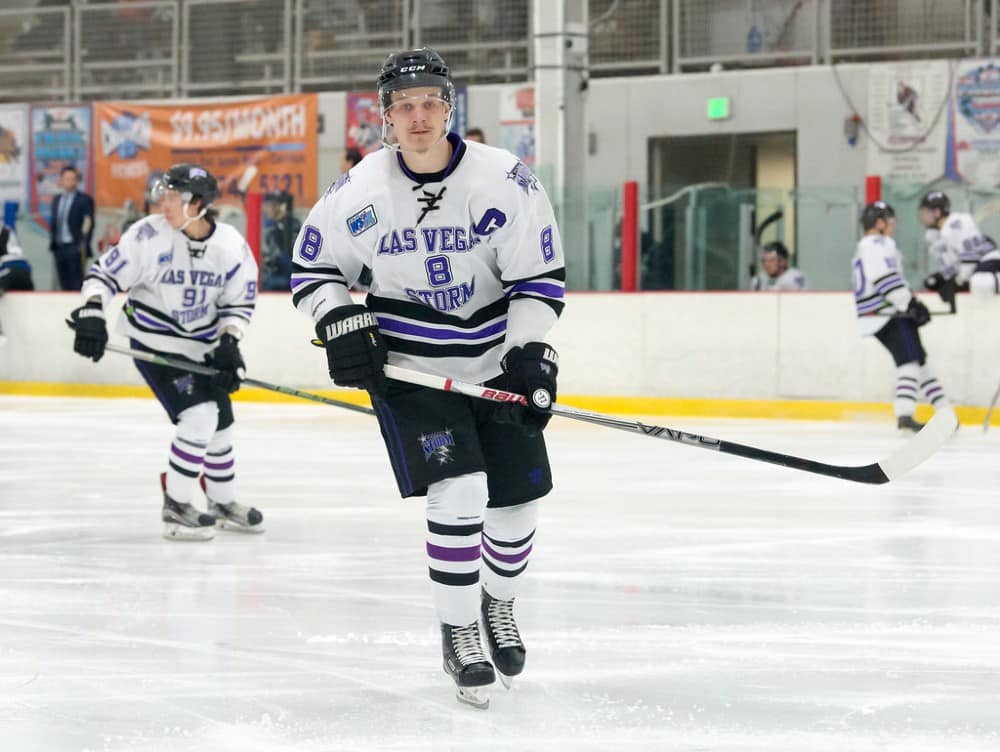 Photo by Mark Mauno licensed under CC BY 2.0 We may collect a share of sales or other compensation from the links on this page.

Many people never deeply think about how the ice surface for hockey is produced or how it’s preserved for substantial amounts of time: these two factors are critical towards ensuring proper conditions for hockey players during practices and games.

In ice rinks, the refrigerant cools brine water, an anti-freezing agent, which goes through pipes underneath the ice surface. These steel pipes are typically embedded into a concrete slab and kept at 32 degrees Fahrenheit/zero degrees Celsius. Many thin levels of water are placed on top of the slab which freezes and becomes the skating surface for hockey players.

Ice rinks are actually kept cold and frozen with a process that’s similar to how refrigerators work. They rely on a refrigeration system underneath the floor of the rink which includes chillers, steel pipes, and brine water, an anti-freeze agent, to keep the ice at just the right temperature.

Depending on whether the ice surface is exposed to outside conditions or not will determine different strategies to maintain the highest quality of ice. The game of hockey was invented on outdoor ponds in Canada before the implementation of surface maintenance was around.

Based on the ideal temperature outside in Canada, ice maintenance didn’t really matter, but for the game of hockey to spread to the rest of Canada and into the United States, methods of ice creation and preservation were essential.

How Are Ice Hockey Surfaces Created?

At the start of the hockey season, an area uses an advanced refrigeration system that pumps freezing water through a system of pipes that run through a large piece of concentrate known as the ice slab. When the ice slab gets cold enough, layers of water are applied and preserved while the first few layers are painted with hockey markings and advertisements.

These layers of ice are then covered with eight to ten more thin layers of ice. When complete, the ice is only once inch thick and must be preserved from September to April or June depending on the length of a given team’s season.

At first, it was very inefficient to create an even-leveled and 200-foot large surface of ice that wasn’t already a body of water. To create the skating surface, the ice is built in layers to make sure it is strong and flat.

After much trial and error, the modern method for creating an ice-playing surface was created.

Once the ice is made, the ongoing task of preserving the quality of the ice is the maintenance crew.

The arising problem was now to find a more efficient way to maintain the ice surface without using shovels and manual labor.

How Can We Keep Ice Hockey Surfaces Frozen?

Natural ice rinks, like frozen lakes, depend on cold weather. But some artificial rinks have special cooling technologies that allow you to skate on them even when the temperature is above zero degrees Celsius.

Some of these specialized technologies rely on gases to provide heating or cooling properties. One example is the Michigan Tech Ice Rink.

Electricity powers a compressor that packs the molecules of a chemical refrigerant closer together until they become liquid. This releases a lot of unwanted heat energy which is either vented away or used in some other process.

See also  How to Win a Face-Off - Top Tips

The compressed liquid is then allowed to expand back into a gas. To expand, it needs to take in the same amount of energy as it gave off when it is compressed. It takes energy in the form of heat. The gas absorbs heat from its surroundings, making everything near it very cold.

The chilly gas is then used to cool a liquid called brine. Brine is a very slaty water solution. It gets pumped through pipes underneath the ice rink.

Is There Equipment or a Machine That Helps the Ice Stay Frozen?

In 1949, one of the essential tools to maintain the ice was created called the Zamboni. Named after its American creator Frank J. Zamboni, the Zamboni is a mechanical ice resurfacer. It works by scraping the ice surface and collecting the snow created from the skates of hockey players.

Then, it cleans the ice by putting down water which flushes the grooves deep in the ice, loosening any dirt or debris. The excess water and dirt are then collected, and the Zamboni layers the ice with a small amount of heated water that freezes to make the ice surface smoother.

These large vehicle machines may look clumsy while waiting to start a practice or in-between periods during an NHL hockey game, but it is an essential device for saving time and preserving high-quality ice.

How Does the NHL Manage Zambonis and How Often is the Ice Resurfaced?

The NHL requires two machines (Zambonis) to resurface the ice between hockey periods to ensure time efficiency. The ice is resurfaced before the game, after warm-ups, between periods, during playoffs, and when the game is over.

See also  What are Hockey Pucks Made of & Who Makes Them?

The basic driving pattern is a clockwise motion of slightly overlapping ovals. Approximately 80-100 gallons of heated water are needed to resurface the ice between periods.

Are There any Shared Arenas and If So, How Does the Ice Stay Frozen?

There are several shared arenas with NHL and NBA teams both switching the surface level they are playing on. When the arena staff changes the playing surface, the ice surface is always on the bottom.

For example, at Madison Square Garden where the New York Rangers play hockey and New York Knicks play basketball, during a Knicks game, the ice stays in place and the basketball court sits on top of the ice.

You may ask why different sports teams share the same arenas. The purpose is to reduce the costs of the construction of two separate facilities and related maintenance. It is more difficult to transition between the surfaces and other parameters of two sports in one arena rather than in two separate arenas, but it certainly saves more money for the respective cities and people.

Over the years, switching playing surfaces has become less of a hassle due to more efficient technologies and larger team staffs. With that being said, it is more difficult to switch from basketball to hockey because the boards have to be restructured and the removal of the NBA hardwood court must occur as well.