How Long is an Average Hockey Game? (NHL, College & Recreation) 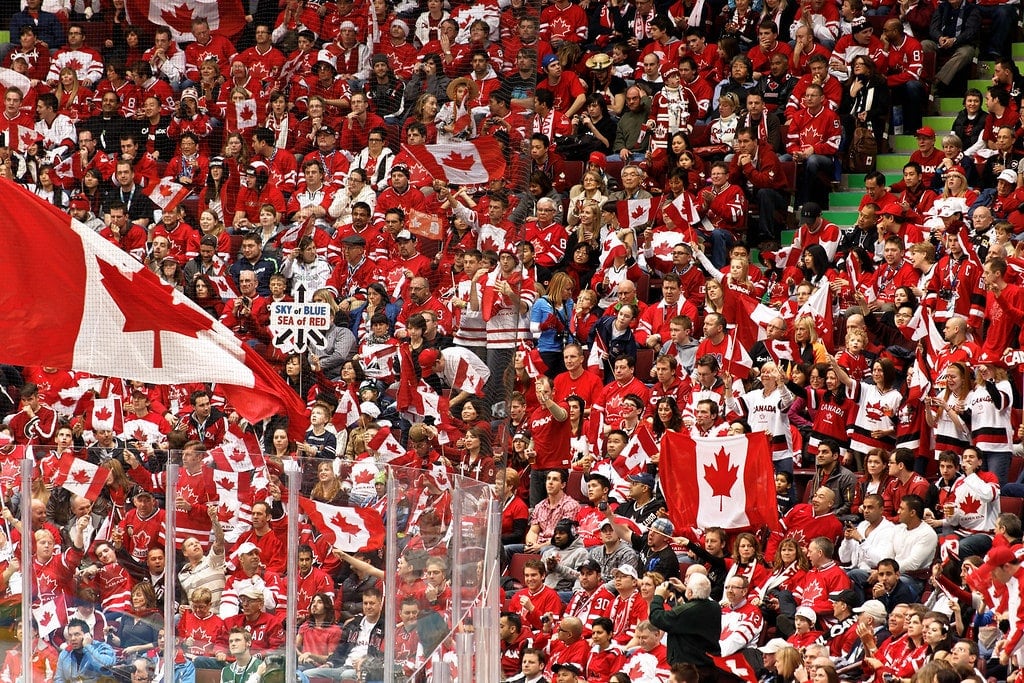 Have you ever wondered how long the average hockey game really is? There are three periods, but how long do they run? And how long are intermissions? Plus, how early should I arrive before the start of the game? How much time does this all add up to? We’ll crunch the numbers here on hockey game times.

How Long is an Average Hockey Game? Ice Hockey Games are 60 minutes long playing time in regulation. Expect hockey games to average a total time of around 2.5 to 3 hours when you include stoppage, injury & overtime.

The official period of play is 20 minutes x 3 periods (1 hr), but the play stops every time the referee blows the whistle. There is also an intermission after the first and second periods (2 x 17 minutes).

Play without any stoppages would be 1hr and 34 minutes, but with stoppages, it is at least two hours and often approaches three hours.

For NHL game television broadcasts, networks schedule a 2-hour and 30-minute time slot for a game to be played.

They will, however, typically not schedule a time-sensitive program immediately following the game, given that games do frequently run over time.

Stoppages in play take up as much time as they do because of commercials that run during the game broadcasts. But there are also practical reasons for stoppages and the intermissions.

During commercial breaks, NHL teams will send out their ice crew to shovel excess ice shavings and snow off the ice. Doing so allows for the puck to travel with more speed on the ice surface.

The intermissions allow for the Zamboni to resurface the ice that has been worn down by the period of play. The 17-minute intermission gives the Zamboni driver time to complete the whole ice surface and allow for it to dry for a few minutes.

That’s why there are two intermissions: one follows the first and second periods of play, while the game ends after the third period. The Zamboni takes the intermissions to resurface the ice for the start of the second and third periods.

Players are also afforded the opportunity to rest and regroup in the intermissions. The players value the break from the physically demanding game, while the coaches are afforded time to strategize. and advise players on their tactics moving forward.

But for fans, the game is even longer, as you need to arrive before the start of the game. By the way – here’s how cold an ice rink is.

For tournament games, you should also anticipate extra time to allow for medal ceremonies. In such cases, expect to be at the rink for upwards of three hours.

How early do people typically arrive at hockey matches?

You’ll want to arrive well before puck drop to get your seat and be inside the arena in time. Allow time for getting through the queues and grabbing some snacks.

You may also want to arrive early specifically to see the teams take warmup. This can be a unique experience, seeing professional hockey players preparing for the game.

If your game starts at 7 pm, aim to be lining up at the right entrance gate at 6:15 pm. The gate lineups do move quite quickly, but the arena will likely be busy once you get inside the concourse.

The exact time you arrive does depend on the size of the arena, and the number of fans that will be in attendance. If in doubt, contact the arena or arrive slightly earlier to avoid missing the start.

See also  Can You Hit The Goalie? Checking & Poking Rules

There are plenty of sights to see at professional sports arenas, so you can never be too early – so long as you’re there after the gates open.

Hardcore fans typically arrive much earlier while casual fans can arrive 5-10 minutes before the start of the game. Season ticket holders may also arrive right at puck drop since they attend the games on a regular basis.

The anthem (sometimes two anthems if teams from different countries are playing) is sung at the time the game is scheduled to start. Puck drop usually immediately follows the singing of the anthem(s).

Pregame ceremonies and honors can also sometimes cause the event to run longer before puck drop.

If you’re in a special seat or a box, then you’ll probably want to arrive a bit earlier as well to enjoy some drinks. These seats are expensive, so you’ll want to take advantage of the fancy experience and savor every minute.

When do players arrive before a game?

Here are some approximate numbers for NHL-level games. The team’s staff arrives early to prep the locker room and players arrive a bit later to warm up and get in their gear.

Players will also likely have been at the arena earlier in the day for the morning skate. But they’ll leave and return before the game in the evening.

The NHL Playoffs add another factor into the length of games because they play sudden-death overtime if the game is tied after 60 minutes.

Regular season games conclude their overtime after five minutes. If no team scores in the five minutes of extra time, the game goes to a shootout – which usually ends within a few minutes.

But during the NHL Playoffs, overtime is extended to 20-minute periods that are played until one team scores. This potentially endless style of overtime is called “sudden death.”

Because the teams play until someone scores, the games can sometimes last for extra hours on end.

In the NHL’s modern era, the longest overtime game lasted an additional 92 minutes and 1 second of extra playing time. That means the overtime goal was scored 12 minutes into the fifth overtime period – making it, incredibly, the eighth 20-minute period of the game.

But extremely long overtime games are somewhat uncommon. Though, it is a regular occurrence to see games go into double and triple overtime a few times per playoff season.

All in all, professional hockey games will at the least run for around 2 hours and 20 minutes. But when you factor in your arrival time, you’ll probably spend closer to 3 hours at the arena. Pregame arrival, three periods of play, stoppages, two intermissions, and the possibility of overtime will result in a fun night. Just be aware that the game runs quite a bit longer than the 60 minutes of running clock action.

Lower league games from beer league to local area leagues have the same amount of ice time but because the rinks are smaller and the ceremonial aspects shorter – you can comfortably arrive closer to puck drop. This means as a fan you can arrive later and leave earlier – because there are fewer queues.

Phew and that’s it – I hope I’ve managed to answer every conceivable question you might have about how long a typical games is.

This is the typical flow of a hockey game that you might expect. Of course, it depends on the tournament, size of the ice rink, and a few other factors.