How Sharp Are Hockey Skates? Blade vs Knife 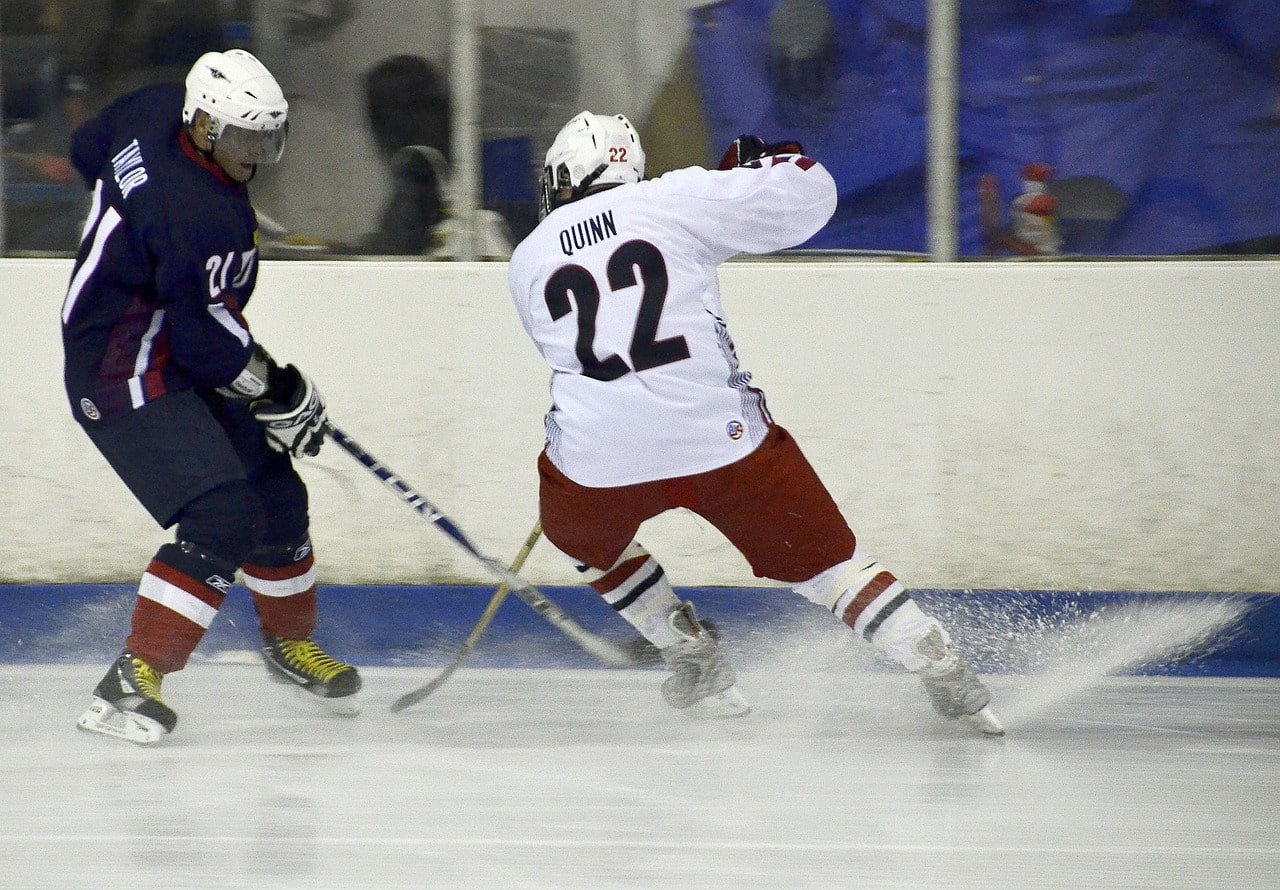 There is a common misconception for the general population about hockey skates and hockey blades in particular. When someone hears the word blade, the first thing that comes to mind is probably a knife or sword. A knife is clearly a very sharp object that one should be very careful when handling to avoid serious injury to themselves or others. As we will go over, this is not the case for hockey skates. So how sharp are hockey skate blades really?

Hockey skate blades are sharp enough to cut someone when swung at high speeds but also dull enough that you could softly run your fingers across without even breaking the skin. In fact, it is common for skate sharpeners to use their finger to feel the edge of the blade to make sure the skates are properly sharpened.

How Skates are Sharpened

The term skate sharpening is quite deceiving as you are not sharpening the skate blade like you would be sharpening a knife. A skate blade is not a flat blade as one may think. The blade is actually “U” shaped if you were to look at it magnified.

As we skate, that U shape will begin to flatten on the edges of the U and then we will feel the “missing edge,” or “slipping” feeling of losing an edge. Sharpening skates will pull that edge back from being flat. Only those edges are actually being sharpened. The sharpening makes these edges very thin and free from what we call “nicks” or “burrs.”

Many hockey players do not even know these things. It is common for hockey shop employees to hear things like “Make sure these skates are extra sharp, I like them really sharp.” This does not actually make sense. No amount of passes over the skate sharpener will make the skates more sharp, only cut through more steel.

What these players really should be asking for is a less deep hollow. That U shape can be deeper or more shallow based on the skate sharpener. These hollows are measured in 1/16ths of an inch.

Many players will fall somewhere between 3/8ths and 5/8ths in hollow with ½ inch being the standard at most hockey shops. Experiment with different hollows and see what works best for you.

The deeper the hollow (closer to 1inch) the less the edge will dig into the ice, better for bigger, stronger, heavier players.

Hockey skate blades are very complex and there is much more to talk about then the basics mentioned here. Different skate sharpening techniques, myths to debunk, profiling, and much more.

Finding the hollow at which you are most comfortable is a good first step before getting into anything more complicated. When you next go to your local shop for a skate sharpening talk to the employees.

A good skate sharpener would be more than happy to help explain some of these differences to you. Just make sure they are not too busy! It is very difficult to focus on sharpening and talk at the same time!

To recap – skates are sharp but not nearly as sharp as a knife or a blade, you can run your finger over them gently – but when moving at speed skate blades can be dangerous and have been known to cause freak accidents.

However, skate blades are probably low down on the list of risks and dangers that a hockey player is exposed to – from checking and shot blocking to high sticks to the face.

Just rememeber, when your playing make sure your wearing the right gear stay safe on the ice.