How to Impress at a Hockey Tryout? (& Get Noticed) 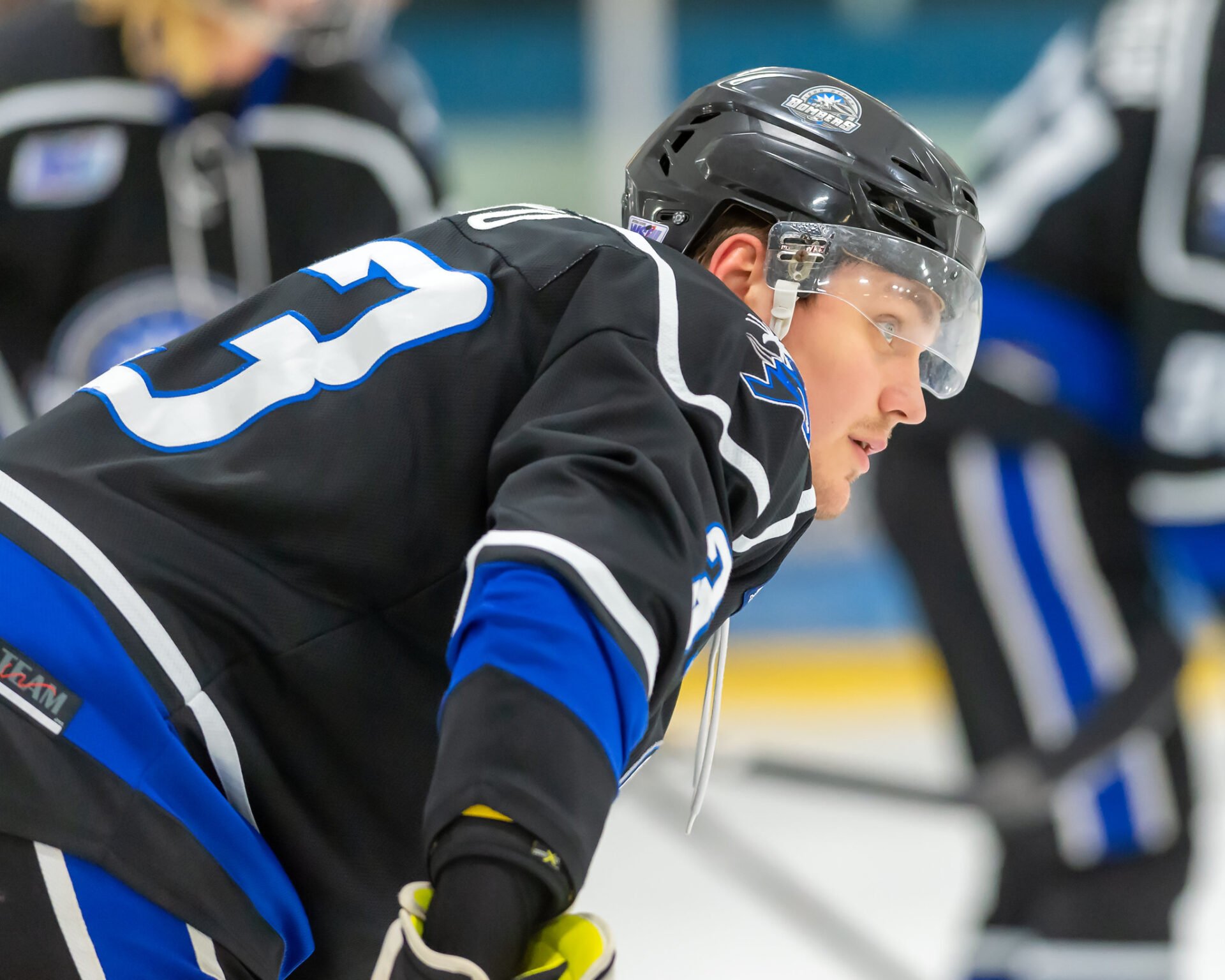 Have you got a big hockey tryout coming up? Or maybe it’s your first hockey tryout ever? Whether you hope to make the cut on a high-level team or just want to give it your all for a recreational league, there are things to keep in mind to impress at the tryout. This article will outline how to impress at a hockey tryout and how to approach the big, sometimes nerve-wracking day.

Hockey tryouts will put you to work in simulation games, but they will also test you on your puck and skating abilities. For this reason, you should anticipate skating drills and basic hockey plays such as passing – not just in-game action. At a hockey tryout, you are also better off to make safe and confident plays rather than risky and especially flashy moves. Natural skill plays a major role in your tryout, but work ethic, determination, and knowledge of the game will lead to the most successful tryout.

What Is a Hockey Tryout?

Hockey tryouts occur as part of a variety of different leagues and levels of the sport. These can include recreational youth hockey, high school and college teams, junior teams, and professional league teams.

The structure of the tryouts can work differently for these separate levels of the sport.

For example, high school and college teams often only have a single team to tryout for. So this is a high-stakes tryout where you either make the team or get cut.

In recreational youth hockey, on the other hand, no one gets cut. They will make as many teams as are necessary for the players who sign up to play.

Professional leagues have lower level teams that players are sent to if they don’t make the NHL, for instance. The NHL’s “tryout” is called training camp, and it occurs in tandem with the pre-season and exhibition games.

NHL teams do offer “professional tryouts” (PTOs) to players in training camp, but these are usually only offered to former NHLers and other professional league players.

But regardless of the level of hockey or whether or not there are cuts, most hockey tryouts operate in a similar way on the ice.

What Happens at a Hockey Tryout?

Typically, hockey tryouts will occur over multiple sessions across a week or two. During these ice times, players are evaluated on their in-game abilities as well as their puck and skating skills.

The tryouts are well-organized, so you don’t need to worry in that regard. You will likely receive a jersey number or a sticker that goes on your helmet for the tryout.

Depending on the level of hockey, you may also need to state which position you intend to play on the team. Different considerations can come into play when evaluators observe forwards and defensemen.

The evaluators will be in the stands, on the benches, or on the ice. They rate your performance and determine if you make the team – or what team you make, if there are multiple teams.

Usually at least one full tryout is devoted to skating and puck drills.

During this session, players take turns going through various drills. The drills are designed to test and showcase abilities such as speed, stops-and-starts, pivots, tight turns, and backwards skating.

When the puck is involved, the drills may test stickhandling ability, passing and shooting accuracy, and pass reception skills.

For these games, all the tryout participants are arranged onto teams that face each other. This stage of the tryout can last up to a handful of ice times, each of which function as an organized game.

If the tryout is for a highly-competitive youth team or a professional team, it can also include an off-ice fitness component.

The off-ice section can test players on their strength, agility, stamina, and other dryland abilities. It won’t, however, factor into the tryout as heavily as the on-ice evaluation.

At the end of all of these sessions, the evaluators determine the team(s) and inform players of whether or not they have made the team(s) – or which team they’ve been assigned to.

How to Prepare for a Hockey Tryout

So we now know what to expect at the hockey tryout. Nearly all tryouts will feature a skill and a simulated game section, but only higher-level hockey has an off-ice component to the tryout.

But how can you best prepare for this tryout and all of its components?

The first thing you should take into consideration is that tryouts typically take place in the early autumn or the late summer months. This means that the tryout is held after the off-season, during which many non-professional players seldom skate.

Hockey leagues run from the fall through the winter months, so you’ll want to either keep up with your skating over the summer or get back to it in advance of the tryout.

So, one sure-fire way to impress at the tryout is to look as though your skating is in mid-season form rather than just getting underway after a summer off.

It can be easy to forget about skating over the summer, but just staying on the ice even a few times a month can work wonders for your eventual September tryout.

Players with professional and high-level aspirations will train year-round, but this can be a competitive edge for recreational players.

If your child has hockey tryouts coming up, you may want to enrol them in a summer hockey camp. It will get them on the ice ahead of tryouts.

In other words, don’t let the first tryout sessions be your first skate in four months.

How to Show Off Your Skills at a Hockey Tryout

While you’re hitting the ice over the summer, or just before tryouts, you should try to work on some of the finer details of your skating – things like edgework, pivots, and crossovers.

You don’t necessarily need to overly focus on aspects of skating that don’t come into play during a game. But you should give them a test run prior to the tryout, because they will momentarily factor into your skills session.

For example, if you’re a forward who rarely skates backwards, you wouldn’t want to do so for the first time in many months with all eyes on you at a tryout.

Likewise, if crossovers (forwards or backwards) aren’t your strength, revisit them before tryouts.

2. Focus on Technique before Speed

The skills session will be the most nerve-wracking component of the tryout. This is the case because you will need to perform the drills one at a time, meaning everyone watches you while you complete the drill.

Of course, you will want to try to finish the drill as quickly as you can, but you should also try to focus on proper form and technique. Know your movements and follow them when your turn comes.

Speed is an asset, but care and effectiveness can prevent an embarrassing fall or misstep.

Even if you do make a misstep, or even worse, fall, it’s not the end of the world. Everyone knows the tryout is a tense moment, and you’ve got a lot more ice time to make them forget about it.

A fall won’t make or break your tryout – unless you truly can’t stay on your feet throughout.

4. Have a Strong work ethic

Also, finish off drills with a strong effort. Keep the line-up moving and display a good work ethic throughout.

If you stay within your abilities, you’ll make a good impression with the type of player that you are.

Moreover, if you feel your abilities are better reflected during game action rather than when under the microscope in single skater drills, you’re in luck.

A benefit of the skills session is that it comes first, so (most often) there will still be multiple more sessions for you establish a new impression or continue to build upon the one you made during the skills showcase.

How to Stand Out During a Hockey Game

Alright, so we’ve advanced past the (somewhat) tense stage of the tryout’s skill session. After that, you move on to simulated games.

These games are similarly judged by evaluators in the stands. The skills session gave them an idea of your on-ice abilities, but the games will truly reveal how everyone performs at hockey – not just isolated parts of the game.

For example, players who lack fine skating details can still be quite successful players who drive the net and play hard. A devoted work ethic can similarly shine through during a game in ways that it can’t during a skill showcase.

And these are important details to keep in mind. Work ethic and smart plays are among the most important factors in a hockey tryout.

Play your position and maintain your responsibilities.

You may be tempted to overplay your duties since you want to impress the evaluators. But this is the wrong mindset.

5. Play to Your Strengths

Let the game come to you and make it clear that you know your role. If the puck doesn’t come to you, make sure you backcheck hard and cover your opponent in the defensive zone.

Make yourself a passing option. Finish your checks if it’s a contact game.

These minor details go a long way at a hockey tryout. Mix them in with good plays with the puck – and maybe a few goals, or strong defensive plays – and you’re on your way to a successful tryout.

Of course, you will also stand out with flashy plays and highlight reel goals. But they aren’t always the wisest plays, especially if they aren’t your strong suit to begin with.

A deke on a one-on-one play is more than acceptable, but don’t test out a brand new toe-drag move when you’re the last man back with the puck at the tryout. The safe play – such as a strong pass or getting the puck deep – will score you just as many points from an evaluator.

In this regard, showing that you “know” the game is another way to impress at the tryout. Make plays that the evaluators can recognize as smart hockey plays.

This type of play would include not throwing the puck to the middle of the ice in your own defensive zone.

Another example would be to dump the puck into the opponent’s defensive zone rather than losing the puck at their blue line. You know, it’s that phrase all the NHLers repeat in their interviews: “Get pucks deep.”

These are “little things” that may be lost on other players, but they will make you look good during the tryout.

To impress at a hockey tryout, you should try to stay within yourself and play your position. Proper form, technique, and smart plays are what you should focus on. The tryout may seem like an opportunity to try to show off and be flashy, but recognize the right time for that type of play. Skill and speed earn points in themselves, but determination, work ethic, and composure work toward the completion of an impressive hockey tryout.