Do NHL Players Get a Pension? 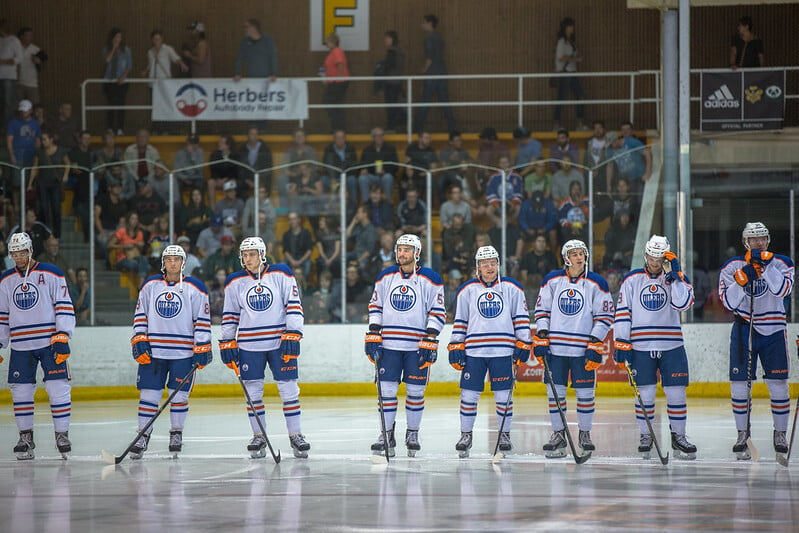 Photo by IQRemix licensed under CC BY-SA 2.0 We may collect a share of sales or other compensation from the links on this page.

Have you ever been watching a hockey game and found yourself wondering what happens to your favorite NHL players once they retire? Most of them will go on to pursue secondary careers after their time spent playing the sport comes to an end — such as joining a coaching staff to stay close to the game.

NHL players are entitled to a retirement pension that is dependent on a variety of factors — such as games and years played. To reach NHL full service for pension purposes, a player must have been a part of the league for 10 years and have been on the roster for 82 games each season.

When a player plays his first NHL game, he is enrolled into the pension plan for the league. The NHL pension plan eligibility requirements are outlined in the Collective Bargaining Agreement.

A player’s retirement pension will depend on how many games they have accrued during their career in the NHL. The CBA states that once a player has skated in his first game, he will continue accruing games even if he’s eventually placed on the injury reserve roster or the injured non-roster.

This is a favorable addition for players — as they don’t have to worry about their pension being affected if they suffer from a season-ending injury.

How Much is the NHL Pension?

The maximum amount that players can earn with their pension is capped at $255,000. This number is accrued after a player has been in the league for 10 years and reached full-service requirements as laid out in the CBA.

To receive the maximum amount, a player would also have to wait until the age of 62 before collecting the pension.

These players will naturally see a reduced amount, as they will more than likely be collecting the payment for a longer period. The NHL pension is paid until the time of death.

When Did the NHL Pension Plan Begin?

The plan that’s currently in place wasn’t agreed upon until September of 2012, after the NHL lockout. Before this change, the NHL pension plan was a defined contribution plan. Currently, it is a defined benefit plan.

There are several advantages and disadvantages to both plans. A defined benefit plan is generally going to be considered the more favorable option for the players. This way, they have lifetime income protection and are guaranteed a monthly sum.

See also  Why is Hockey Such an Aggressive Sport? (Fights, Brawls & Penalties)

When Do NHL Players Retire?

On average, NHL players retire from the sport between the ages of 28 and 30 years old. This leaves the player with a significant chunk of time before they’re eligible to begin receiving their pension — even if they decide to take it early.

Some players end up playing in the NHL well into their 40s — take Zdeno Chara for example. The 44-year-old veteran defenseman recently signed a $795,000 contract with the New York Islanders. This is an outlying case, however.

The average length of time that an NHL player is in the league is 5.5 years. This means that many players are not reaching the full-service eligibility requirement of 10 years.

Their pension amounts will be reduced accordingly. A player who bounces around in the AHL for a few years before making it to the NHL may still be able to receive upwards of $100,000 depending on how long they can stretch their career in the national league.

Players who have participated in the National Hockey League, even if only for a few years — get some type of pension guarantee for the rest of their lives. If a player stays on the roster for 10 years with the NHL, he will then be eligible to receive the maximum benefit of $255,000 a year.

Overall, this is a favorable plan for the players and it ensures that they’re taken care of well after they retire from playing the sport. They’ll have a guaranteed monthly income for the remainder of their lives.

See also  What is Offside in Hockey?