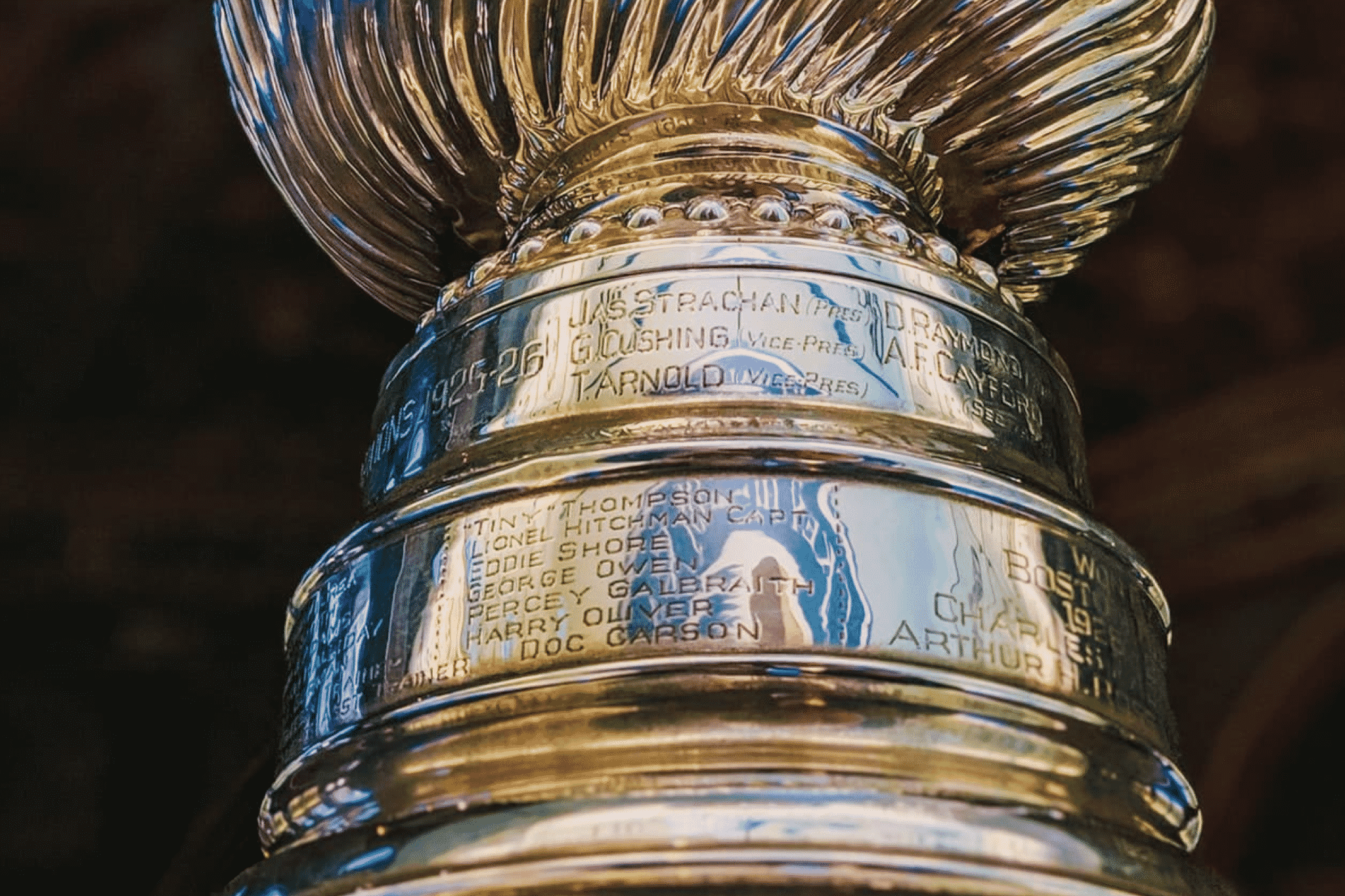 Many hockey fans may not realize it but NHL players don’t get paid during the Stanley Cup playoffs. Their contracts are cover the regular-season play only and once the postseason starts they no longer receive paychecks. This means players technically play for free during the playoffs.

However, NHL players who participate in the playoffs are eligible to share in the league’s playoff pool system. This is a specified amount of money each set aside by the NHL each season. All teams 16 teams in the postseason share the prize money with the Stanley Cup winners receiving the largest individual cash prize.

How playoff bonus money is decided

The exact amount of playoff bonus money each season is ultimately decided by the NHL and the NHL Players’ Association and is written into their collective bargaining agreement.

The Presidents’ Trophy winner is also awarded a cash prize from the playoff bonus pool. This trophy is awarded to the club which accumulates the most points in the standings during the league’s 82-game regular season.

Two teams are then eliminated in the Stanley Cup semifinals while the Stanley Cup winner takes home the biggest bonus and the loser is awarded the second-largest cash allotment.

See also  How Tight Should I Tie My Hockey Skates?

How much does a player receive?

The exact amount of prize money for playoff participants and Stanley Cup winners depends on the club itself. Each team votes on the number of shares it should give out. Players who dress for just a few playoff games typically don’t receive a full share but regulars basically all receive an equal amount.

In 2017, the Pittsburgh Penguins reportedly received a total of $4.325 million in prize money for winning the Stanley Cup while the Nashville Predators were awarded $2.6 million as runners up. This prize money is then voted and divided into shares for players.

For example, if the Penguins voted on 25 equal shares in 2017 then each player would have received a total of $173,000 in prize money.

The size of the playoff prize pool generally increases every third season according to the collective bargaining agreement.

Below is a list of past, present and future playoff prize money amounts that are sheared by the 16 playoff teams.

As you can see over the last 10 years that have been a slight increase year on year.

The amount of playoff prize money is relatively minimal when compared the the NHL’s top paid multi-millionaire players.

However, for those who are making the league minimum of $700,000 in 2019/20, a Stanley Cup prize payout could amount to approximately 25 to 30 percent of their total wages – a not-insignificant amount of their overall wage packed.

The NHL league minimum and maximum salary typically rises every two years while the salary cap and maximum wage usually go up every season. In 2021/22 the minimum salary will be $750,000.

Since the playoff prize money is relatively low and players aren’t paid in the postseason there has long been a belief with some fans that non-North American players aren’t as dedicated to winning the Stanley Cup as their Canadian and American counterparts are.

Fans who believe this point to the fact that North American players have grown up watching the playoffs all their lives and take a great deal of pride in winning the Stanley Cup.

On the other hand, players from Europe haven’t grown up in the same culture and a Stanley Cup triumph isn’t considered to be as important to them.

All hockey players appreciate receiving bonus money for their efforts but those who are well off financially probably wouldn’t miss it if the NHL stopped awarding it. Of course, players who don’t make as much money typically appreciate the bonus prizes much more.

NHL players don’t enter the playoffs with the goal of making bonus money though as their ultimate goal is to have their names engraved on the Stanley Cup and to earn themselves a Stanley Cup ring.

See also  How Do They Make Ice Hockey Rinks?

There’s no doubt that Stanley Cup prize money can be an added incentive for players to give 100 per cent in the playoffs but it’s not something that’s viewed as absolutely necessary by most participants.

While Stanley Cup winners have their names engraved on the trophy, receive a championship ring and a bonus cash prize they could also benefit financially even more after the victory. Star players from cup-winning teams often earn money making endorsements, receive milestone gifts and could also see a significant raise in their next NHL contract since they now have greater leverage or bargaining power

Also, some players already have bonus clauses written into their current contracts which reward them for winning the Conn Smythe Trophy as the most valuable player in the playoffs.

League rules prohibit NHL teams from paying their players bonuses for making the playoffs and winning the Stanley Cup though.

In reality, NHL players are paid to play the game they love regardless if they win a championship or not.

Stanley Cup prize money is certainly nothing to sneeze at but compared to those with multi-million dollar salaries, playoff bonuses in the NHL are basically just a drop in the bucket

Who Gets a Stanley Cup Ring?

Typically all players and members of the winning team – including coaches and trainers receive a jewel-encrusted totem for their achievements.

The practice started in 1890 and has continued up to the present day – but over time evolved as teams have more money to spend and more fans to reach with special ‘commemorative rings’ that go on sale.

I wrote a whole piece of this, you can read more about the surprising history of the Stanley Cup Ring.