What Age Can Your Child Start Playing Hockey? 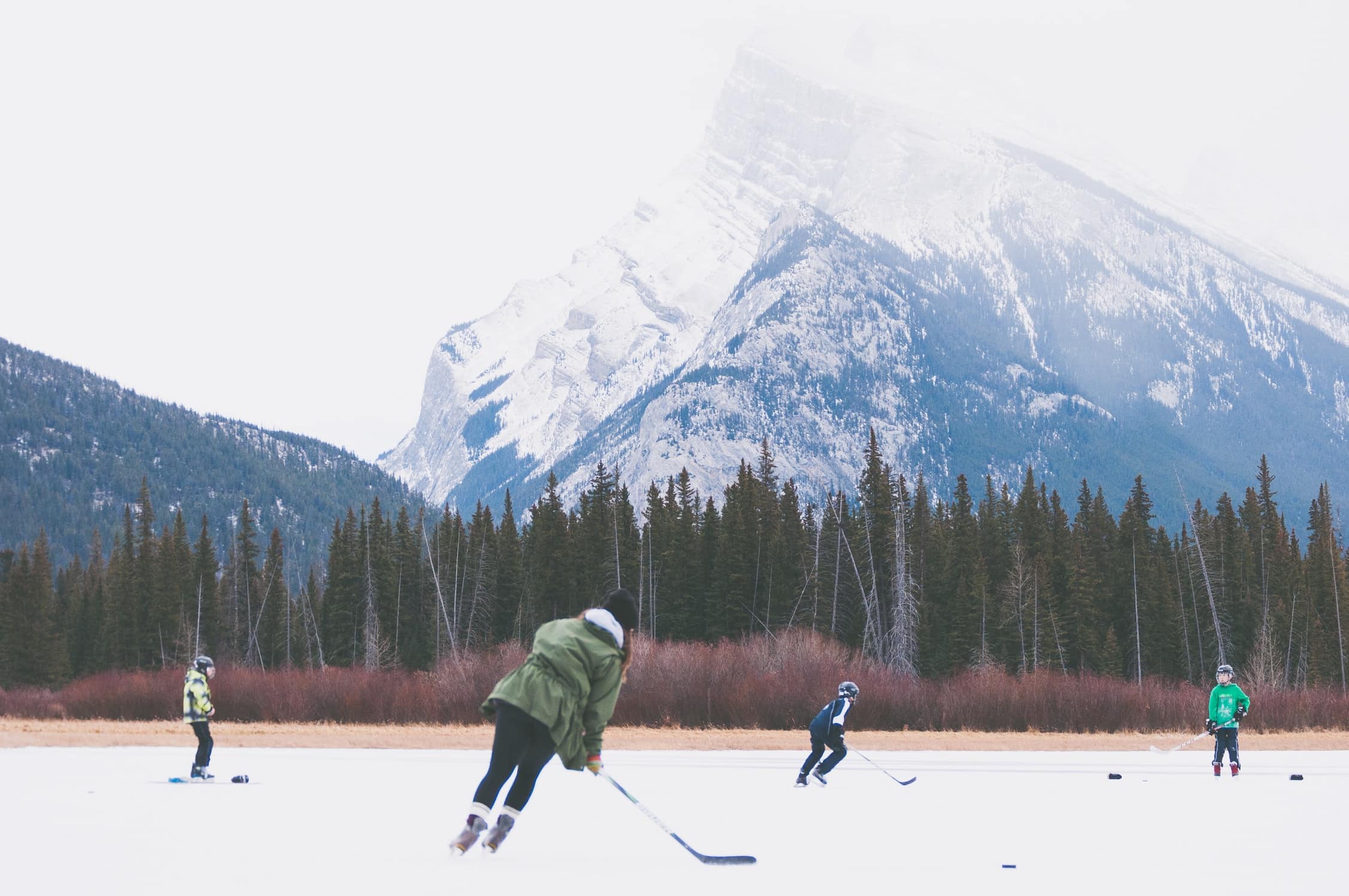 Children can begin to play organized hockey once they turn five years old. It is common to have your children on ice skates a few years prior to turning five, however. Children’s hockey is organized by age group, so players who are within one year of one another will play on teams together. If enough players sign up for your local hockey organization, there will be more than one team. The teams are typically determined by the skill level of the players after a brief evaluation process.

What Age Should I Start Playing?

Though organized hockey usually begins for children at age five, you may be wondering when you can start teaching your child how to skate. There is no single answer to this question, but you should use judgment. Skates do exist for very small children, but make sure your child is capable of ice skating without getting injured!

When your child begins to learn to skate, always make sure that they are wearing protective equipment. A helmet, especially one with a cage, is an absolute must for children! Small children are more prone to falling down, so a cage will take the brunt of any falls that could otherwise harm their face. Elbow and knee pads can also be safe options since it is likely your child will fall while they are learning to skate.

Some local skating rinks also offer small bar-style objects to assist with balance for children. Signing your child up for skating lessons is also a wise choice when they are skating for the first time. Lessons for children under five years of age do exist as well.

How To Join a Hockey Team

So, you may have already had your child on the ice since they were three or four years old. They may even have been out on outdoor rinks with sticks and pucks. They will have to wait, however, until they turn five to join an organized team. Keep in mind that it is also acceptable to have your child join a team when they lack skating and hockey ability. In this age group, it is expected that the children are still learning to play the game.

At the same time, the earlier a child starts playing hockey, the better prepared they are for their future years in the sport. Instilling skating abilities and hockey skills in younger children benefits their progression as they get older. If your child is curious about playing hockey, having them join at age five can be a good gauge of their interest in the sport. Children of this age will make it known if they enjoy what they are doing, so if the passion isn’t there, you will likely know as well!

Going Pro From Minor to NHL

Alternatively, you may be wondering if you’ve waited too long to start your child in hockey.

The answer? It’s never too late to get them started!

Players of all ages sign up for organized hockey for the first time every season. Some players even wait until adulthood to join the sport! Some NHLers even made it pro after starting “late.”

Former NHLer Ed Jovanovski made headlines as the league’s first-overall draft pick in 1994. He skated for the first time only at age 11. Your child will be at a slight disadvantage having not started earlier, of course. But it is never too late for them to take part in the skills and character-building game that is hockey. So, fear not, it is also not too late for you to become a hockey parent!

Children’s hockey begins standardly for your kids once they turn five years old. This does not mean that it’s necessary for them to start playing immediately at this age. You can also have your child start playing at a later time. Regardless, age five was chosen as a reasonable age to introduce your children to organized hockey. At this moment, your child is old enough to skate and follow hockey rules. They can also begin to learn life lessons from the commitments of a team sport.

Is There Body Checking in Kids Hockey?