When is it Time to Replace your Hockey Skates? 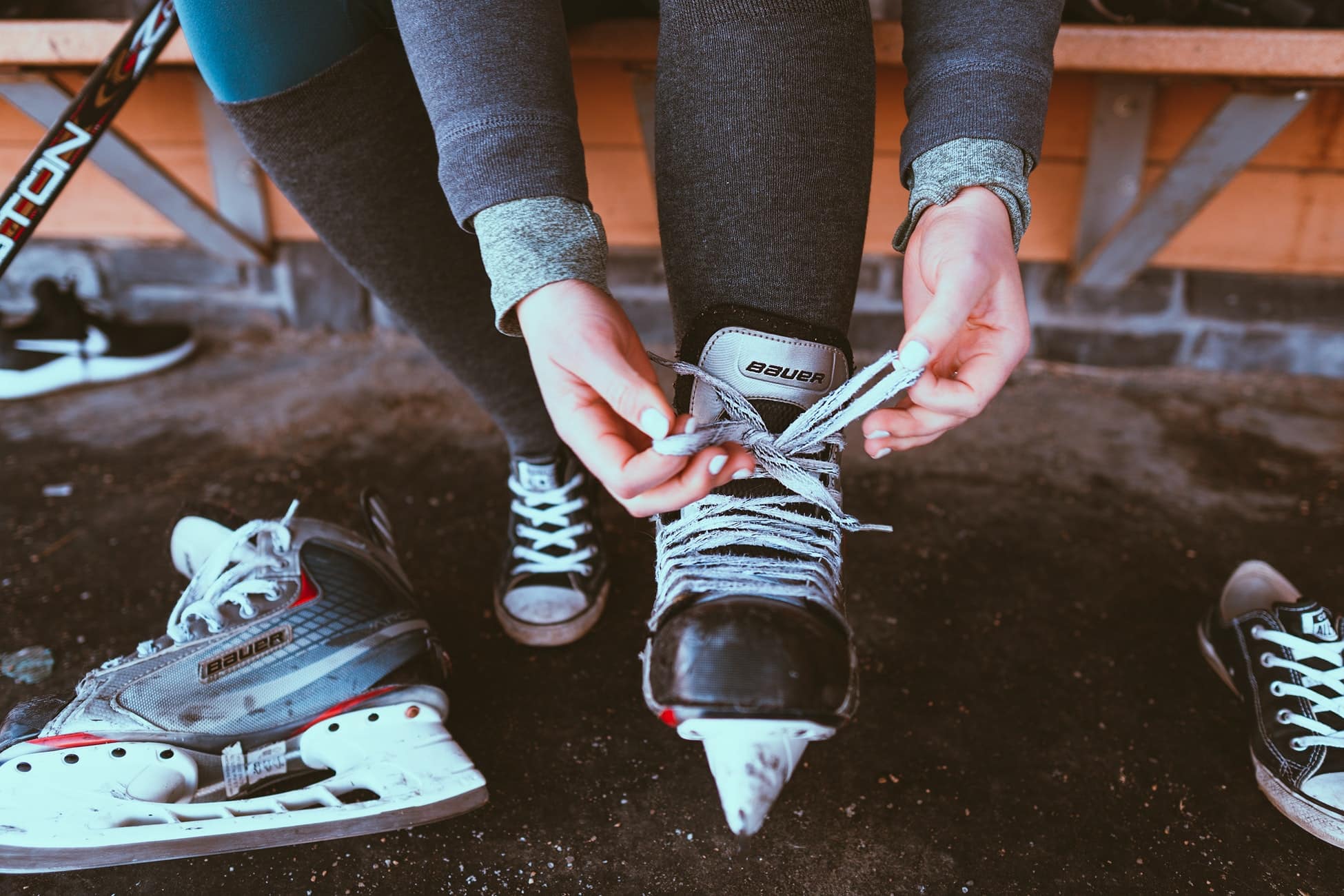 In the market for some new skates? Not sure when exactly you should replace your old skates? Look no further, we’ve got some telltale signs that should alert you when it’s time to replace your skates.

You should replace your hockey skates when the rivets are loose, they have holes in them and if they are hampering your performance as a player.

While there’s no definitive time to replace your old skates, there are several indicators that can help you make the decision on your own. Pick up your skates and ask yourself the following questions:

The answers to the above questions should help you decide whether or not it is time to replace your skates.

The stiffness of a skate’s boot is perhaps its most important feature. Skates are stiff and durable not only to protect the player’s feet and ankles from injury, but they’re also purposely made stiff as a performance design.

In order to properly execute sharp turns, quick stops and crossovers, skate boots must be made stiff to support the player’s ankles. It’s no different than the technology behind ski/snowboard boots.

Once the interior walls of a skate boot start to break down from use, the boot’s stiffness will be compromised. How stiff or how soft a player prefers their skate varies from player to player, but most beginner or intermediate level skaters are best served by skating in a boot that is quite stiff.

As a test, hold your skate in front of you with the toe facing outward. Push inward with both hands at the top of the skate to see how much “give” it has.

If you can touch sides from about an inch or so down into the skate, chances are the stiffness is gone and it’s time to replace your skates.

This maybe goes without saying but if there is major structural damage to the boot of either one of your skates, they should both be replaced. Cracking, tearing or splitting on the boot will lead to a decrease in skating performance and in increase in the likelihood that you’ll injure yourself.

Some damage can be fixed by a professional, particularly worn stitching and broken boot tongues, but if your skates become damaged irreparably it’s time to replace your skates.

The skate holder is the white plastic part below the boot and is typically attached to the bottom of the boot with rivets. If your holder is damaged, but the boot remains in good shape, you’re in luck! There’s no need to replace your skates!

For cracked or broken holders, simply take your skates into any professional skate shop and they should be able to mount new holders onto your skates.

For holders with rusted out or broken rivets, you may be even more in luck as replacement rivets may get you back on the ice without the need to replace your skates or your holders.

Similarly to damaged holders, if you have damaged steel you may not necessarily need to replace your skates. Steel blades can break and can be replaced without needing to remove the holder from the boot. Often times a hard pass or even a shot along the ice can cause a steel blade to break. Should this happen, bring your skates (both of them) into a professional skate shop and ask to have your steel replaced.

It’s important to note that if you try to make this repair on your own that you’ll need to replace the steel on BOTH of your skates. Failure to replace both sets of steel will leave you lopsided as the pair of steel have not been sharpened to the same depth. You’ll want perfectly balanced steel and the only way to really achieve this is to put both sets of steel through the exact same usage.

Replacing your laces every season is a great way to get a new lease of life out of your hockey skates. Replacing frayaed, worn and stretched laces with fresh new waxed (better hold) or unwaxed (more give) laces helps to keep your feet tightly wrapped and support you on the ice.

You can learn more about how tight to lace your skates here.

If, however, you merely need new holders or new steel, you may find yourself in luck. Just bear in mind that older skates are more prone to damaged holders and steel. So while your skates may still have some life in them after replacing holders/steel, it doesn’t mean that they’ll last forever. Be sure to properly assess the stiffness and condition of your boots before making the decision on whether or not it’s time to replace your skates.

Here’s our pick for the best hockey skates this year.