Where do NHL Players Come From? The Origin of Top players 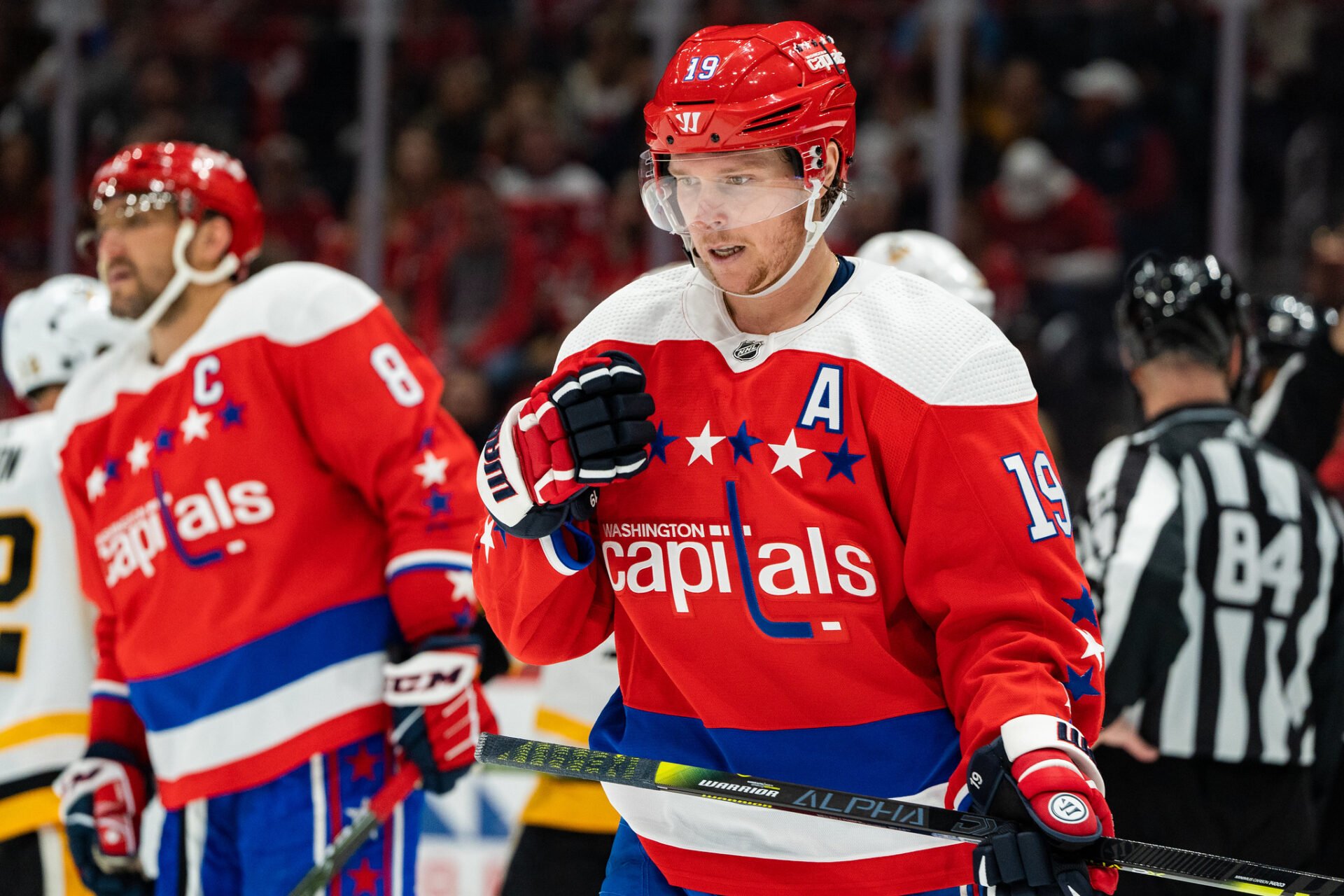 Since the NHL’s inception in 1917/18, the majority of players have come from Canada. However, in the mid-1970s, the league started to become more international in flavor as more European and American players broke into the league. The NHL is now extremely cosmopolitan in nature with players from all over the world participating in the league.

Over the years there have been players from close to 50 different countries in the NHL with Canada leading the way followed by the United States of America and Sweden. They are also the top three countries for active players in the 2019/20 season.

Canada has long been the main birthplace for NHL players throughout the league’s history and continues to be so. All of the country’s 10 provinces and three territories other than the northern territory of Nunavut have been home to at least two NHL players. That may change in the near future however since Nunavut is relatively young as it was officially formed in 1999.

Canada provided NHL clubs with up to 75 percent of its players up until the 1980s.

Below is a list of the birthplace of Canadian NHL players up until the 2019/20 season.

The USA has been the birthplace of many players with 40 of the nation’s 50 states and the District of Columbia being home to at least one NHL player up until the 2019/20 campaign.

The states which have yet to have an NHL player represent it are Arkansas, Hawaii, Kansas, Kentucky, Louisiana, Nevada, New Mexico, South Dakota, Tennessee, West Virginia, and Wyoming.

Ironically, Nevada and Tennessee both have an NHL franchise; The Las Vegas Golden Knights, and the Nashville Predators.

Below is a list of the birthplaces of American NHL players up until 2019/20.

Another 43 nations around the world have supplied the NHL with at least one player since the league began up until 2019/20. Some of these nations no longer exist such as the USSR, East Germany, Yugoslavia, and Czechoslovakia.

In addition, the United Kingdom has seen 23 players come from England with 21 from Scotland, five from Northern Ireland, and another four from Wales.

Although some players were born in one country, they may have represented another nation when playing internationally.

Below is a list of nations other than Canada and the USA which have provided the NHL with at least one player.

When the NHL faced off on opening night on October 2nd, 2019 a total of 690 players were dressed with 19 different nations being represented. Once again, Canada boasted the most players with 295 or 42.8 percent followed by the USA with 177 or 25.7 percent and Sweden at 79 or 11.4 percent.

Bulgaria, the United Kingdom, Estonia, Kazakhstan, Norway, Ukraine, and Slovenia each had one player in the league on opening night for a total of 0.1 percent per country.

These numbers will fluctuate during the course of the season since players may be sidelined due to injuries, placed on waivers, bought out, or sent to the minors. This results in these players being replaced by others and some of them may hail from different countries.

Even though the NHL was predominantly made up of Canadian players in the early years of the league there were still several foreign-born players competing.

There were also three Americans in the league during its first season as Harry Mummery played with the Toronto Arenas, George Geran skated with the Montreal Wanderers and Raymie Skilton was also a member of the Wanderers. Other than Thompson, Hall, Mummery, Geran, and Skilton the remainder of NHL players in 1917/18 were Canadian born.

Some of the NHL’s other early non-North American born players were:

* Charlie Cotch of Latvia played for the Hamilton Tigers and Toronto St. Pats in 1924/25.

* Albert Pudas was the first Finnish-born player in the league when he suited up with the Toronto Maple Leaf in 1926/27.

* Gus Forslund was the first Swedish-born player in the NHL, playing with the Ottawa Senators in 1932/33.

* Jack Riley of Ireland played for the Montreal Canadiens beginning in 1932/33.

* Sweeney Schriner was the first Russian-born player in NHL history when he played with the New York Americans in 1934/35.

* Sergei Pryakhin was the first Soviet-born adult player to be given permission to play in the NHL by the communist regime when he joined the Calgary Flames in 1988/89. The Moscow-born forward had been selected 252nd overall in the 1988 NHL Draft by Calgary earlier in the year.

During the 1980’s most Soviet bloc and Eastern European countries kept close tabs on their international athletes since it was well known many of them wanted to leave the communist regimes and defect to North America.

Even though they were watched quite closely, some of these hockey players were able to escape their Iron Curtain homelands and reach North America in search of NHL careers. Several star international players defected to the NHL from former communist countries in Eastern Europe.

Vaclav Nedomansky defected from Czechoslovakia in 1974 and joined the Toronto Toros of the now-defunct World Hockey Association (WHA). Nedomansky was the first Eastern European hockey player to defect to North America and he finally made it to the NHL in 1977/78 when he joined the Detroit Red Wings.

The NHL began drafting players in 1963 with a system known as the Amateur Draft. This was updated to the NHL Entry Draft in 1979. The league allows its franchises to select young, unsigned players from around the world through its draft system.

In 2019, players from 12 different nations were drafted. Canada led the way with 126 players followed by the USA with 56, Russia at 28, Sweden with 26, Finland at 22, the Czech Republic at seven, with Belarus and Denmark at two each. One player each was drafted from Germany, Latvia, Slovakia and Switzerland.

Since the system was introduced there has been a total of 57 drafts. The top-overall selection has come from Canada 40 times while eight hailed from the USA, three list Russia as their homeland, two were born in the Czech Republic and Sweden and one was each born in Switzerland and the United Kingdom (Northern Ireland).

Let’s take a look at the NHL’s major annual award winners and break them down according to their nation of birth.

The Art Ross Trophy has been awarded to the player with the most regular-season points each season since it originated in 1947/48.

The trophy has been given out on 71 occasions to 30 different players with several of them winning the trophy multiple times.

The player who is voted the league’s most valuable by his peers in the National Hockey League Players’ Association wins the Ted Lindsay Award, which was known as the Lester B Pearson Award from 1970/71 to 2008/09. The award has been won 48 times.

The Lady Byng Trophy is awarded to the player who exhibits gentlemanly conduct and sportsmanship each season. It originated in 1925/26 and has been awarded 94 times.

The Calder Memorial Trophy is awarded to the NHL’s rookie of the year. It originated in 1932/33 and has been awarded 88 times.

The best defensive forward in the NHL is awarded the Frank J Selke Trophy at the end of the season. The award originated in 1977/78 and has been handed out 41 times.

See also  Why Do Hockey Players Switch (Get Kicked Out) at Faceoffs?

The James Norris Trophy goes to the best NHL defenseman of the season. It originated in 1953/54 and has been awarded 65 times to 30 different players.

The player who exemplifies sportsmanship, dedication, and perseverance to hockey takes home the Bill Masterton Memorial Trophy each season.

The trophy was first handed out in 1967/68 with 50 different players winning it.

The Conn Smythe Trophy originated in 1964/65 and is handed to the most valuable player of the playoffs. It’s been awarded 54 times to 46 different players.

The King Clancy Award goes to the player who shows the greatest leadership qualities both on and off the ice and also makes a humanitarian contribution to the community.

The trophy originated in 1987/88 and has been awarded 31 times to 30 different players with two players, Daniel and Henrik Sedin sharing it in 2017/18.

The NHL’s top goaltender is awarded with the Vezina Trophy each campaign. The trophy originated in 1926/27 and was shared by the team’s goaltenders with the lowest combined goals-against average in the league until 1980/81. It was won by Canadian goaltenders in every season except 1941/42 when Frank Brimsek of the USA took it home.

Starting in 1981/82 the goaltenders on the team with the best goals-against average shared the Jennings Trophy while the Vezina Trophy was awarded to the league’s best goalie.

This award originated in 2006/07 and goes to the player who best leads by example on and off the ice and has been won by 13 different players.

Just three of these players were still active in 2019/20; Canadians Joe Thornton and Sidney Crosby of the San Jose Sharks and Pittsburgh Penguins respectively and Alexander Ovechkin of the Washington Capitals.

The top three scorers in league history are Wayne Gretzky of Canada with 2,857 points; Jaromir Jagr of the Czech Republic with 1,921 points and Canada’s Mark Messier at 1,887 points.

As the information above shows, Canadian players have dominated the NHL in just about every department until now with several Europeans also making their mark in the league.

Hockey is certainly a global game these days as it’s played on every continent with players registered in approximately 80 different countries.

While we may see players make the NHL from just about anywhere on the map, the league will likely continue to be dominated by North American and European-born players for the next couple of decades.