Why do Hockey Players Spit So Much? 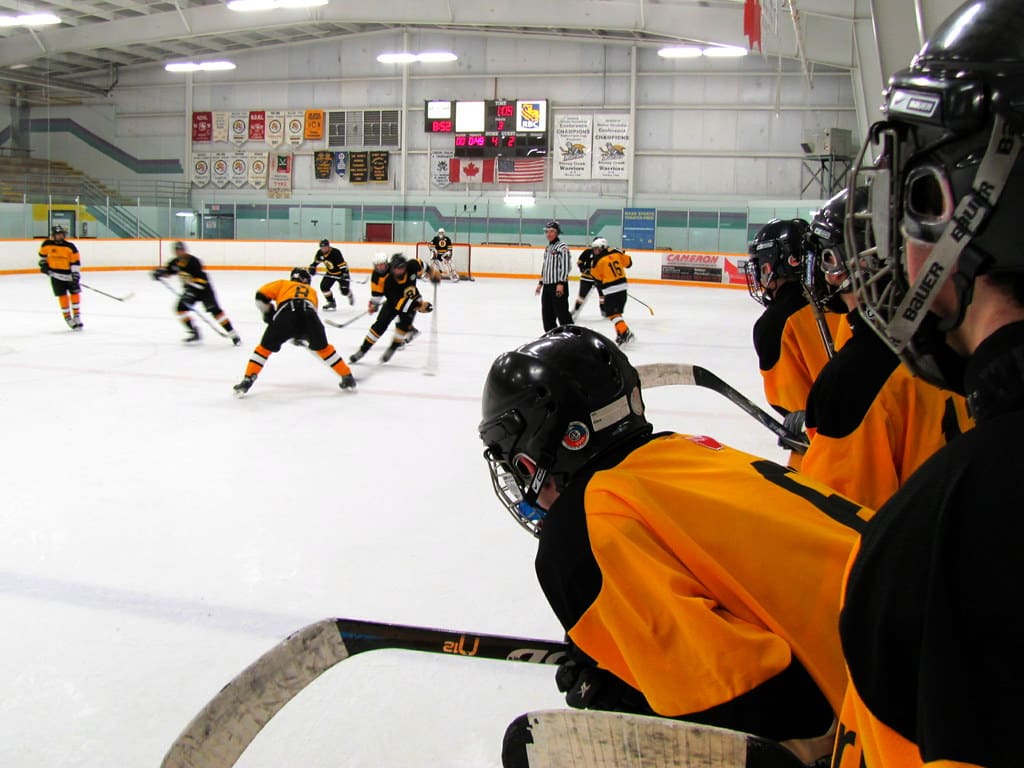 Ever wondered why hockey players are always spitting, on the bench, on the ice, between shifts, literally everywhere. Wherever you look they seem to be spitting!

The truth is, when you do high-intensity exercise in cold air, saliva and mucus build up making you want to spit more to clear your airways – that’s the main reason hockey players are continuously spitting. Many sportsmen also spit right after drinking water; to quench their thirst but without swallowing too much water that will weigh them down.

When you exercise and ramp up your physical exertion, you need to get more and more oxygen to your muscles. Breathing through your mouth causes dry cool air to enter your lungs directly. This leads to more phlegm production and makes you more likely to cough and produce mucus (that needs to be swallowed or spit out).

While in normal circumstances a sudden buildup of phlegm might be the sign of an incoming infection of illness, most times mucus buildup during play is as a result of the cold air and exercise.

That’s right, they take a sip and then eject it onto the bench or ice right after – whats the point in that?

I didn’t know the exact answer to this one till I looked into, but it turns out that there is a few reasons.

A study by Gatorade Sports Institute found that “..rinsing your mouth with carbohydrate solution is associated with improved performance in high endurance excerice..”

In other words, players who rinse out their mouth with a sportsdrink (rather than swallow) can improve performance.

When players spit out just water, it’s because they want to hydrate their mouth without taking on excess water and weighing themselves down.

Of course, players aren’t always spitting out their drinks because they do need to replace the serious amount of fluid their seating out each shift – they just don’t want it all!

It’s not the nicest of habits, but hockey players like most athletes are no exception, spitting is just like smelling salts – a popular ritual.