Why Do Hockey Players Switch (Get Kicked Out) at Faceoffs? 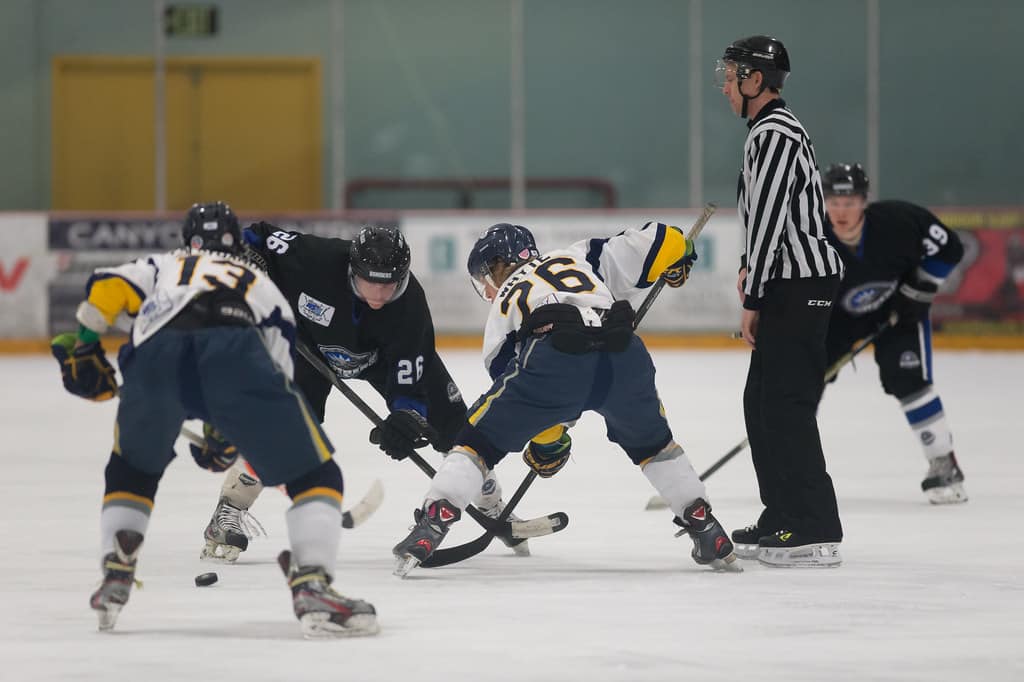 Every wonder why the referee kicks the player out of the face-off and ask for another team member to come forward?

The reason referees switch the player taking the face-off is usually for a violation – typically when the player moves too soon before the puck is dropped to gain an advantage. The official will redo the face-off and may switch players if a player makes contact with another player, moves their stick forward or skates inside the marked space.

“(a) Play shall start when one of the officials drops the puck between the sticks of two opposing s….

…(d) If a  facing-off fails to take his proper position immediately when directed by the Official, the Official may order him replaced for that  by any teammate then on the ice.”   USA Hockey Rules

Once the referee gets to the face-off circle and is ready to drop the puck, the players have just five seconds to get into position. If the play is not in position or ready in time, then the official will either drop the puck anyway or ask the players to swap.

“(c) At the conclusion of the line change procedure, the Official conducting the  shall blow his whistle. This will signal each team that they have no more than five seconds to line up for the ensuing . “

When the official drops the puck into the face-off both players are poised to take control of the puck. The players, however, are not allowed to make any contact with each other until the puck leaves the officials hand.

If any plays initiate contact by moving forward or hitting their stick before the referee drops the puck down, then the official will either re-start the face-off or ask the players to switch.

If a player reacts before the drop and moves their stick in too early, the referee will either redo the faceoff or ask for a new player to step forward.

If any player commits a second violation then the referee may call a minor penalty and have that player removed for 2 minutes for delaying the game.

“(d)…A second violation of any of the provisions of this subsection by the same team during the same shall result in a minor  for delay of game being assessed to the  committing the second violation.” 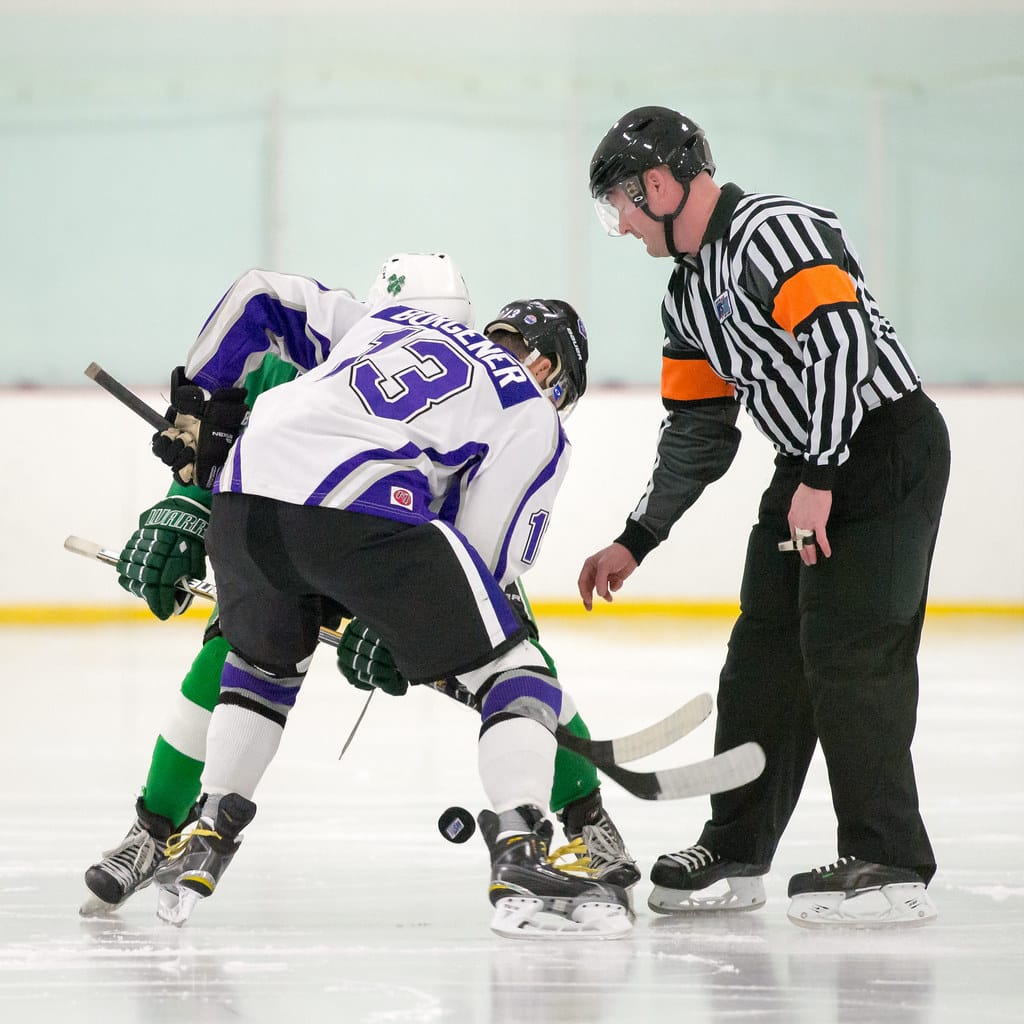 Winning the face-off is crucial becomes it determines a team possession and ability to score or defend. When a team wins the face-off they can immediately pass to a teammate and control the play. It’s for this reason that face-offs are so fiercely competitive and it is common for multiple rule violations to occur throughout a game.
You’ll often see the referee re-doing a face-off or asking for a new player to take up position inside the circle at least a few times throughout a period.
NHL Rulebook.