Why Do Hockey Players Kick a Soccer Ball? Pre-Game Rituals 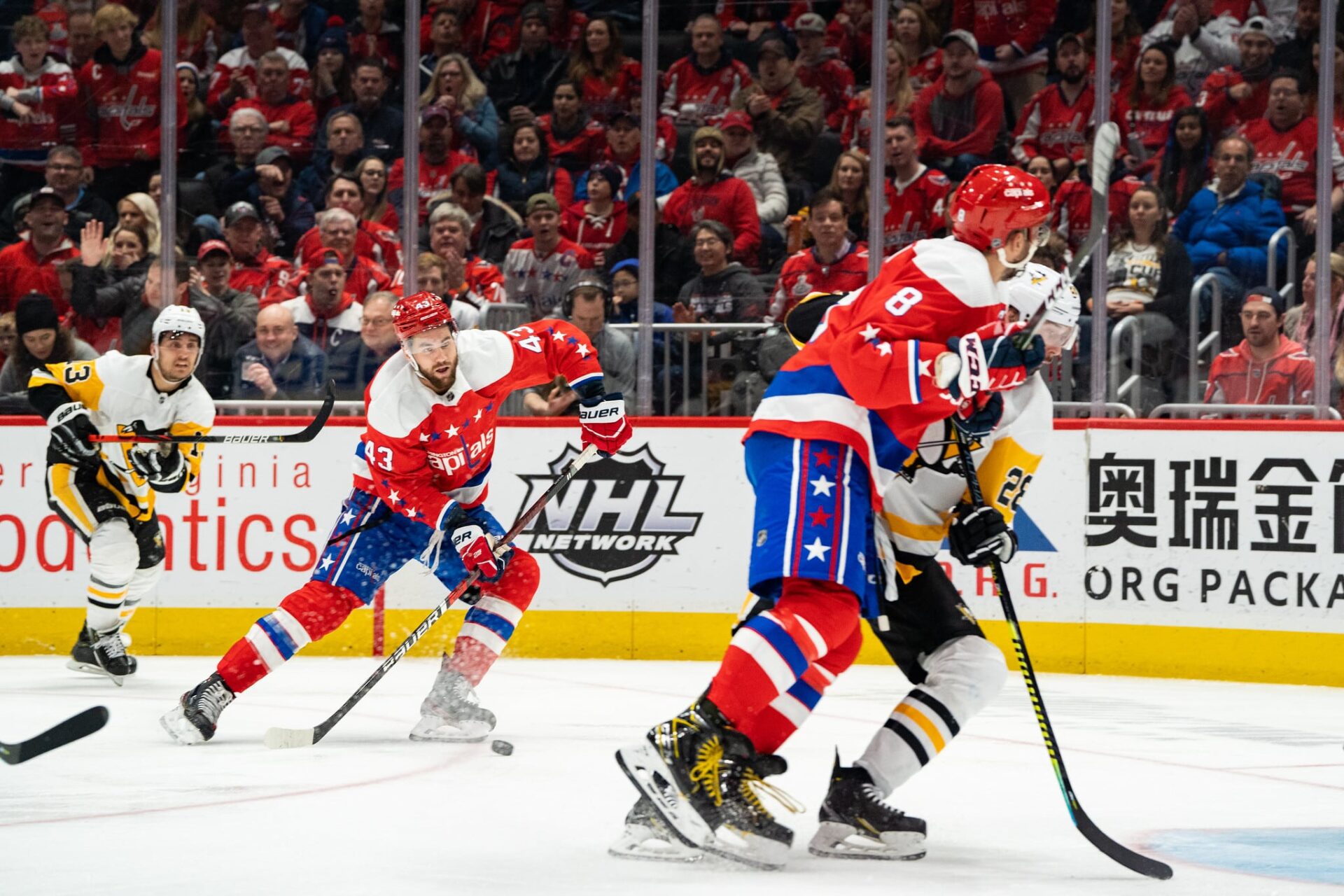 Hockey players kick a soccer ball before the game to practice their reflexes and foot-eye coordination. The activity also warms up the legs and other muscles in the body. Ice skating demands a lot from the leg muscles, so players need to prepare their bodies with stretching and light exercise before the game. Hockey is also a sport of precise body movements, which are practiced when kicking around a soccer ball.

What Are Pre-Game Rituals in Hockey?

Hockey players are creatures of habit.

These habits can involve elaborate pre-game rituals. Professional hockey players are especially known for this type of habit.

Pre-game rituals are the activities and routines that players perform before the start of a hockey game. These can include stretching routines, particular methods of putting on equipment, pre-game meals, and warm-up activities.

Pre-game rituals can at times be closer to “superstitions.”

For example, the rituals can be as simple as a player who always puts on the left side of their equipment before the equipment for their right side. Players may also want to eat the same meal on every game day.

But even unsuperstitious players will have a game-day routine of some sort that they follow prior to every game they play. These pre-game rituals will always include an element of fitness and stretching.

To begin with, most professional hockey teams require a morning skate on game days. Players – and especially goalies – will also devote time to caring for their bodies by stretching before the game.

Another popular fitness activity featured in many pre-game rituals is for a group of players to kick around a soccer ball.

Why Do Hockey Players Kick a Soccer Ball?

Kicking around a soccer ball accomplishes several important aspects of a pre-game warm up for hockey players.

The activity is especially popular as part of the pre-game rituals for NHL teams. When you watch the television broadcast of an NHL game, it is not uncommon to see a clip of players before the game having a soccer kick-around in the loading dock section of the arena.

Kicking around the soccer ball – and rallying it – engages the full body in a mild workout. It especially warms up the leg and core muscles, which are key to on-ice motions like skating and shooting the puck.

Other activities, such as riding a stationary bike, can provide similar pre-game exercise for players. But soccer also allows players to practice balance, precision body movements, and dexterity.

See also  How Many Players Are On a Hockey Team?

Hockey’s pre-game kick-around is further valued for its sometimes competitive, yet fun nature. Players make a game out of rallying the ball – they kick it around in a circle and try not to let it touch the ground.

There is typically banter involved, and the game’s winner earns bragging rights.

This interactive aspect of pre-game soccer makes it a favourite for pro teams, as it contributes to team camaraderie, exercise, and on-ice performance.

How to Improve Your Play with Pre-Game Soccer

You might be thinking that the soccer itself won’t come in use during the hockey game. Hockey is a game of sticks and pucks, which rely on the hands.

But feet, skates, and footwork do come into play in ice hockey.

It is true that hockey players can’t score by intentionally kicking the puck into the net. But footwork with the puck is a regular occurrence in the sport.

Players do occasionally find the puck in their skates during the game. They may also have to take passes or block shots with their skates.

Pre-game soccer warm up assists with this foot-eye coordination that can make players skilled at managing the puck in their skates – which is an underrated talent.

In addition, skating techniques such as crossovers and quick stops-and-starts will require players to use agile footwork. The pre-game soccer ritual prepares the feet for these kinds of quick movements and reflexes.

Hockey players may each believe in their own respective pre-game ritual. But the soccer ball kick-around is one of hockey’s most popular team rituals. NHL players especially favour the kick-around, because it acts as warm up for the players, while getting them engaged physically and competitively.

The act of kicking the ball also enhances foot-eye coordination before the game, which can help with skating and handling the hockey puck when it’s in your skates.