Why Do Hockey Players Tape Their Sticks? 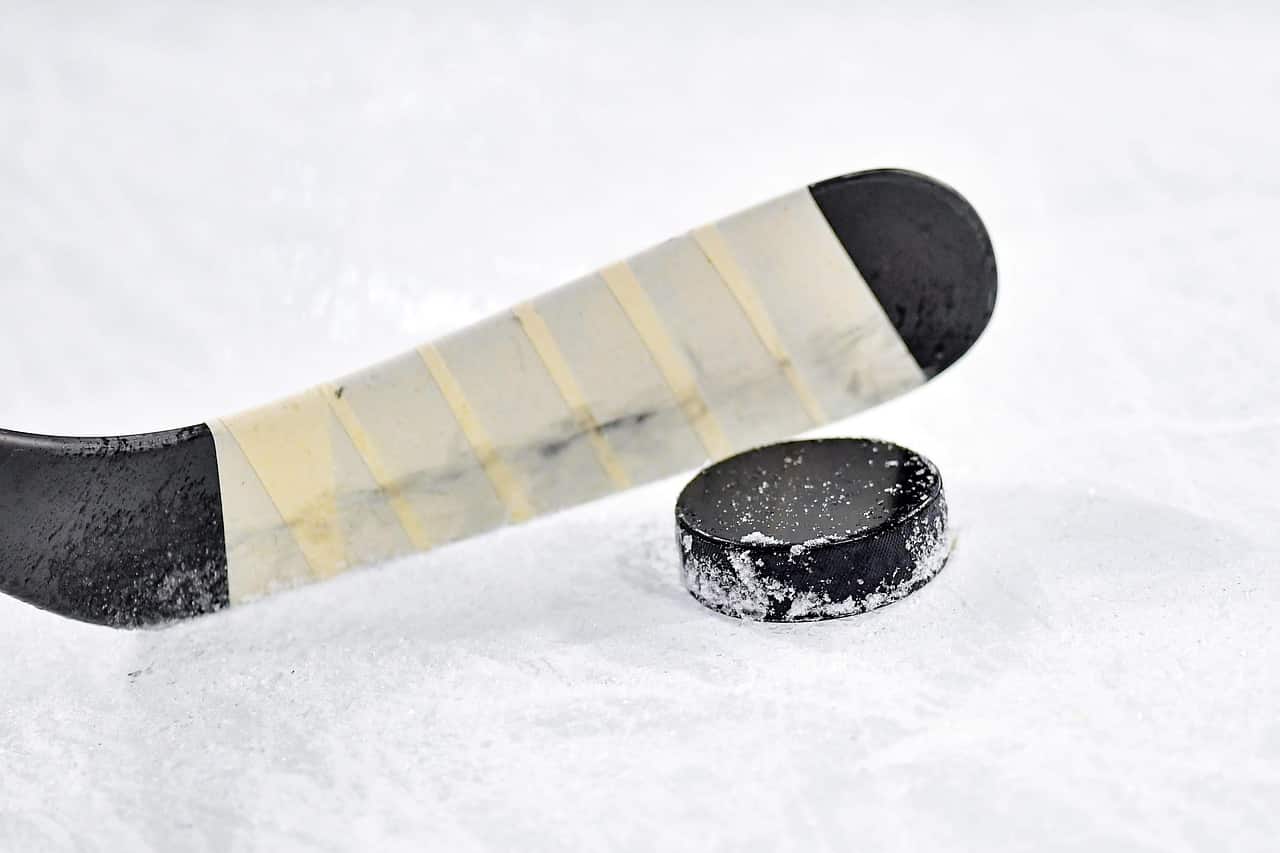 Have you ever wondered why a hockey stick needs tape? If you watch an ice hockey game, you will see that all the players use tape on their sticks. But what are the advantages of using tape? Could you get by without tape on a stick? Let’s find out!

Hockey players tape their sticks to gain the highest level of control with the puck. Without tape, the puck is much more slippery on the stick blade. Tape is used on the butt-end of the stick for better grip with the top hand. Tape also protects the stick from damage and moisture from the ice. Players choose the amount of tape and colour that is to their liking.

In ice hockey, puck control is a must. A taped stick blade allows for better grip and control of the puck.

Players need to trust their sticks to be able to take accurate shots and make precise passes. Without tape, these plays would be much more difficult to make.

The tape itself is made of a cloth-based material. It has adhesive on one side and is sold in rolls.

Players can also apply stick wax to their taped stick blade. Wax repels moisture and adds a small amount of tackiness that can help with puck handling.

Tape provides a layer of protection for the stick blade.

Today’s hockey sticks are made of a mixture of fiberglass and other composite materials. These sticks are more expensive than the wooden sticks that were used until recent decades.

Understandably, players are very particular about their sticks and want them to last. A stick with no tape would be vulnerable to the impact of slapshots and slashes.

The Tape Job: How Much Tape Should You Use?

All players use tape on their sticks. But the amount of tape a player uses comes down to personal preference.

The most common technique is to apply tape from the heel to near the toe of the stick blade. This provides coverage for the entire bottom of the blade.

Some players recently began to tape the stick blade over its toe. This gives the appearance of a “sock” cover for the blade. Players who excel at deking and toe-drags favour this tape job, which will require a pair of scissors.

The butt-end tape job covers the top (or handle) of the stick. Because this tape is for top hand grip, it will usually stretch for at least the width of your hand.

Butt-end tape prevents the top hand from sliding off the top of the stick. Many players roll this tape into a butt-end knob.

Though NHLers only use black or white tape on their stick blades, hockey tape does come in every colour of the rainbow!

One advantage of black tape on the stick blade is that it can conceal the appearance of the puck when the player is shooting on the goalie. Star playmakers such as Sidney Crosby and David Pastrnak collect many goals and assists using black tape.

White tape, meanwhile, can blend in with the appearance of the ice. Most sticks are black or dark-coloured, so white tape also gives off a flashier, more contrasting look than black tape.

Some of the game’s best snipers like Alexander Ovechkin and Steven Stamkos favour white tape for their stick blades.

Many aspects of hockey sticks and tape depend on personal preference. The use of tape, however, is a necessity. Hockey sticks need tape for players to achieve the best on-ice performance. Ice hockey is a fast and aggressive sport, but tape is a huge part of the skill and finesse side of the game.